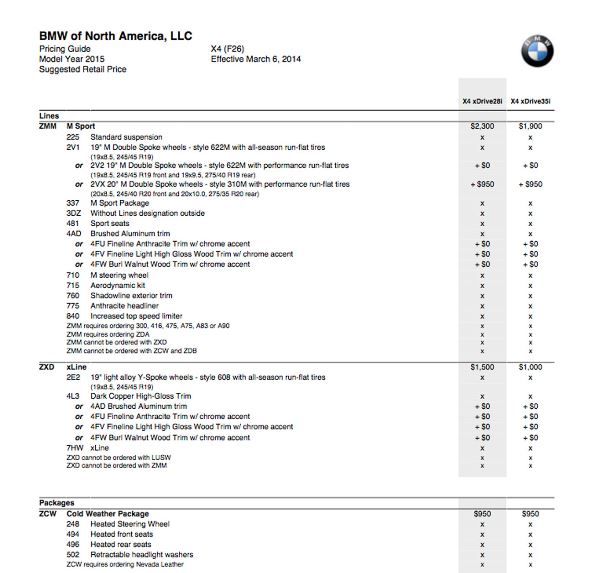 The order guide for the BMW`s X4 was just rendered over the internet, just ahead the car`s public debut at the 2014 New York Auto Show.

After first seen in metal just some while ago, the BMW X4 is now on the public`s attention with the newly rendered order guide.

The BMW X4 will become available in the US sooner than we might thing, the vehicle coming in two trims, the M Sport and the xLine.

There are aslo some other options included like the SensaTec leatherette as well as some choices of leather trims, set at $1,450.

As for the optional package included, there are 6 to choose from, starting with the cheapest $700 for the Driver Assistance Package, while the top Technology Package costs $3,150.

More details will be available at the time of the X4`s public display at the 2014 New York Auto Show. 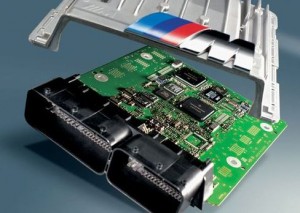