Here we got photos from the first day of the 2010 Paris Motor Show. BMW decided for the first day to reveal the 6 Series Coupé concept but also the new X3 SUV. BMW introduces the concept based on 6 Series as a design study for a premium-class 2+2-seater that offers impressive aesthetics but also great dynamics thanks to the flowing lines. The German manufacturer announced the Control Display of the iDrive system and LED headlights for this concept.

Regarding the new generation BMW X3, Germans characterizes the model as a versatile vehicle that comes with enhanced comfort, space and dynamics.

An important novelty is the auto Start/Stop system that comes for the first time with the six-cylinder engine and an eight-speed automatic transmission.

The new BMW X3 features driver assistance several systems such as Head-Up Display and Adaptive Headlights. The Germans from BMW also revealed the WRC version of Mini Countryman in the first day of Paris Motor Show.

[…] The new BMW X3 was recently revealed at the Paris Auto Show but the Germans already release the M Sport package, a package which will be available starting next year. BMW X3 M Sport package […] 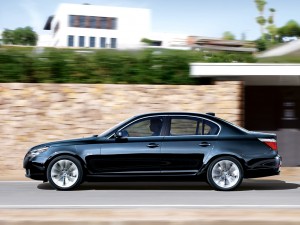 Next post BMW announces 350,800-units recall due to brake problems