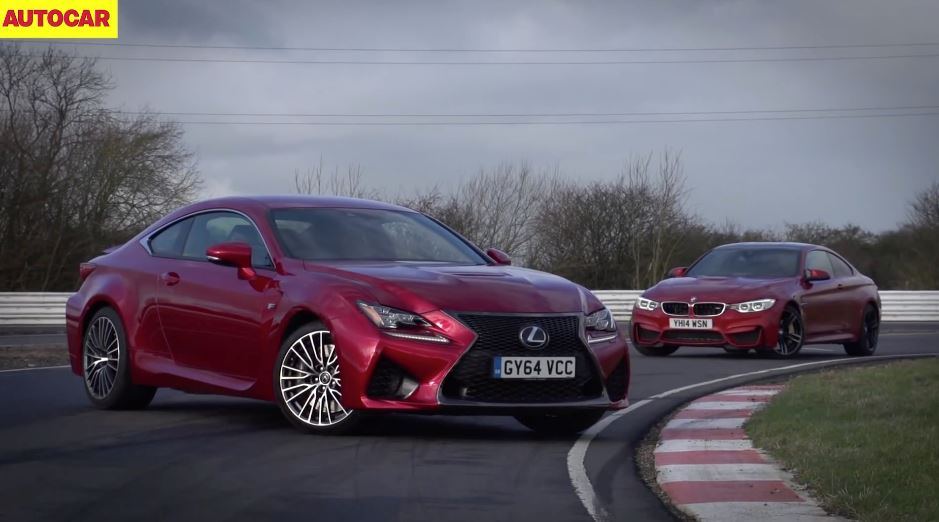 We have the chance of talking about two of the greatest sports cars in their segments, the BMW M4 and the Lexus RC F, both of them being seen on a video while taking on each other on a drifting and dragging session! But in order to primary establish which would go against the other, we should have a look at the performance and figures of each car.

Let`s start with the all-favorite BMW M4, the extraordinary piece of machinery, which has knocked everybody down with its high-performance and extraordinary aerodynamics. The model was launched last year in a coupe body style, being equipped with a 3.0-liter inline six-cylinder turbocharged engine, capable of outputting 425 horsepower and massive 406 lb-ft of torque.

The BMW M4 is hooked to the M-DCT transmission, capable thus of sprinting from 0 to 100 km/h in just 3.6 seconds. The extraordinary performance of the model is also given by the now much lighter chassis.

On the contrast, its opponent, the Lexus RC F is powered by a massive 5.0-liter naturally aspirated V8 unit, churning out 467 horsepower and 389 lb-ft of torque, when hooked to the 8-speed automatic transmission. This would be enough to go all the way to 100 km/h in 4.5 seconds.

But enough talking! If you really want to see the two sports cars in action, then just sit tight and hit the play button! Don’t forget to let us know your thoughts! 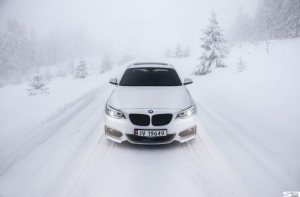