Spy photographers shot the facelift version of the BMW 6-Series Coupe during tests in Europe. The German sports car in question is the 2015 model year and wears almost no camouflage.

This means that the new model won’t get any major upgrades but also that the development and testing stages are close to an end. The covered parts such as the optical blocks, three-quarter panels and front bumper will be the ones that will get some minor tweaks.

There are no details about any improvements under the hood but you could expect some minor changes to the current range, tweaks which should improve the performance and consumption.

Inside, the 2015 BMW 6-Series Coupe will get some insignificant modifications so the cabin will remain largely untouched.

More details and photos will be available soon as the official debut for the new BMW 6-Series Coupe is scheduled for the Geneva Motor Show. 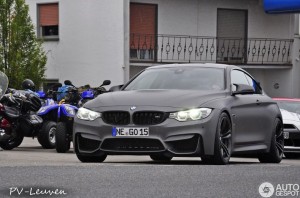