The BMW`s new 4-Series Gran Coupe has just been unveiled for the first time at the 2014 Geneva Motor Show, of something that could be the next-gen of mid-sized sedan.

The model was first unveiled on the web a month ago, and now, the German base automaker is making its way through the Geneva`s stands with the 4-Series Gran Coupe.

The Gran Coupe seems to be longer than the previous model, the luxury car being 1,825 mm in width, 2,819 mm in wheelbase and also sporting a longer roof, making extra space for its 480 liter in the trunk.

BMW 4-Series Gran Coupe comes with the standard rear-wheel drive as well as a choice of an all-wheel drive xDrive, depending on the auto dealers from the market. 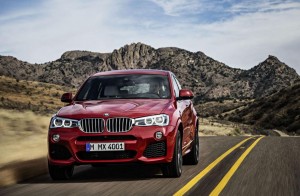