Guess that despite the recent woes about high end luxury car sales being on the decline don’t worry BMW too much who are keeping their original plan.

The M1 successor is going ahead in its development and its scheduled release for 2016 remains unaltered. BMW will have a different kind of flagship to fight off Audi’s R8 and Mercedes’ SLS.

It will be a mid-engined supercar, something we haven’t seen BMW do since the early 80’s. Not only that, the BMW M1 it was the only creation from the bavarians to have such a setup.

Unlike the previous version, this car will not be developed alongside Lamborghini, the plans and molds will hopefully not need to be stolen and the commercial success won’t be duplicated.

The first version of this car was a bit of a mess in terms of pricing and sales success. This one is supposed to set landmark history in the German rivalry.

Apart from that, the BMW M1’s development will fall onto the shoulders of the M Division. AMG did their work on the SLS and they ended up with quite the crazy machine.

If the M Division gets the same level of engineering freedom, they may end up producing something that handles beyond what we can dream right now.

There is a bit of controversy about the new announcement though. The M1’s successor will actually be called the M8.

This is done to avoid confusion between the new car and the 1 Series M Coupe. Since the 8 Series doesn’t really exist anymore, we’ll let it slide. 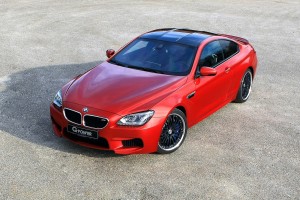