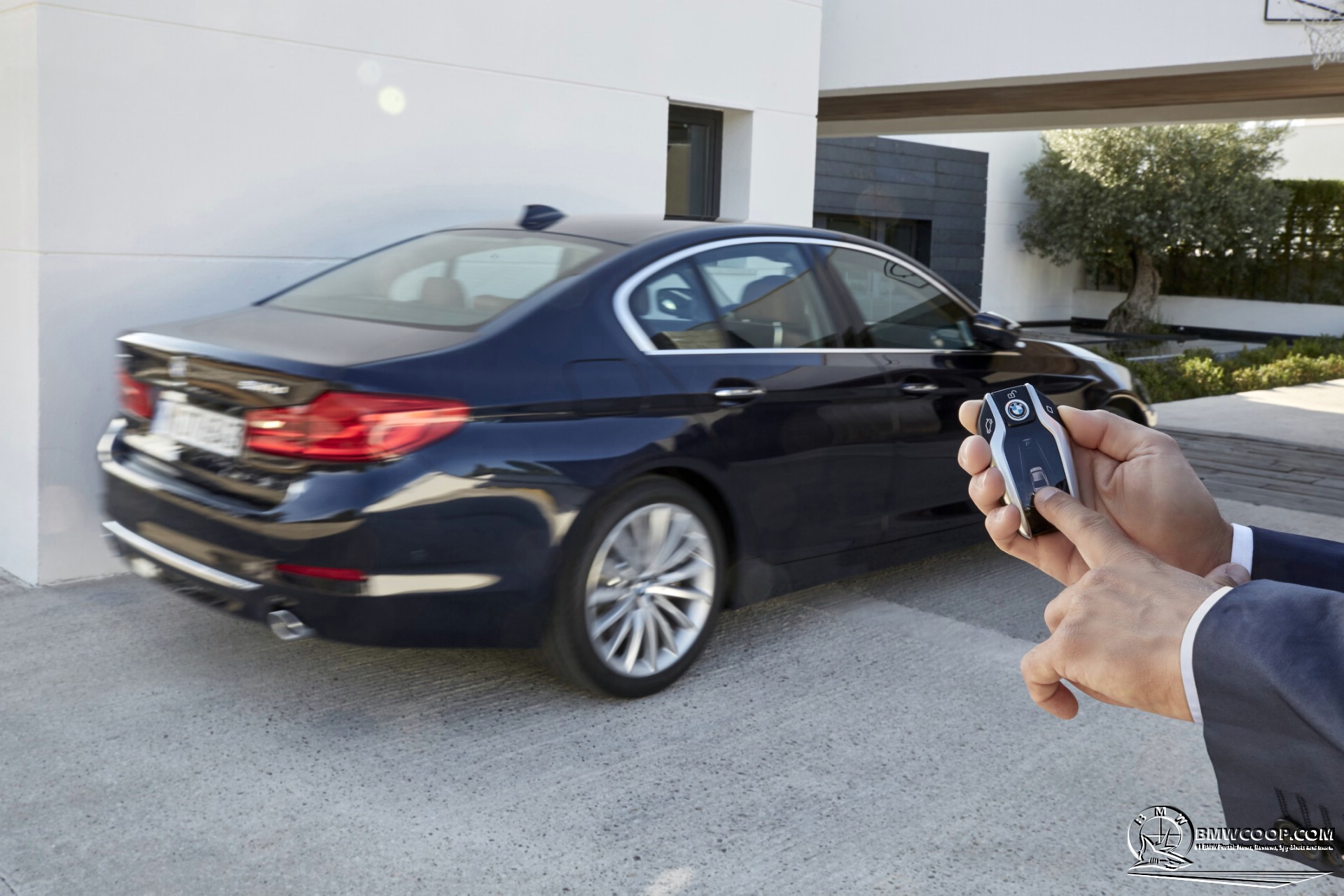 After seeing the gorgeous all-new 2017 G30 BMW 5 Series in massive photo, impressive wallpapers and video gallery and reviewing its key elements like exquisite exterior design and main interior highlights, it is high time we continued our 5 Series saga with another important aspect, which is the technology that the luxurious sedan is coming with.

Just like the 7-Series and future models from BMW, the 2017 BMW G30 5 Series enhances the most advanced technology available on the market today, the new model setting the benchmarks on that matter. The exceptional features are indeed worthy to be mentioned in this article.

What the all-new 5 Series brings forward is the BMW ConnectedDrive Services and business technologies, with the main emphasize on the relationship between the driver, car as well as the surroundings, all of them adding increase efficiency and comfort for both the driver as well as the passengers inside. 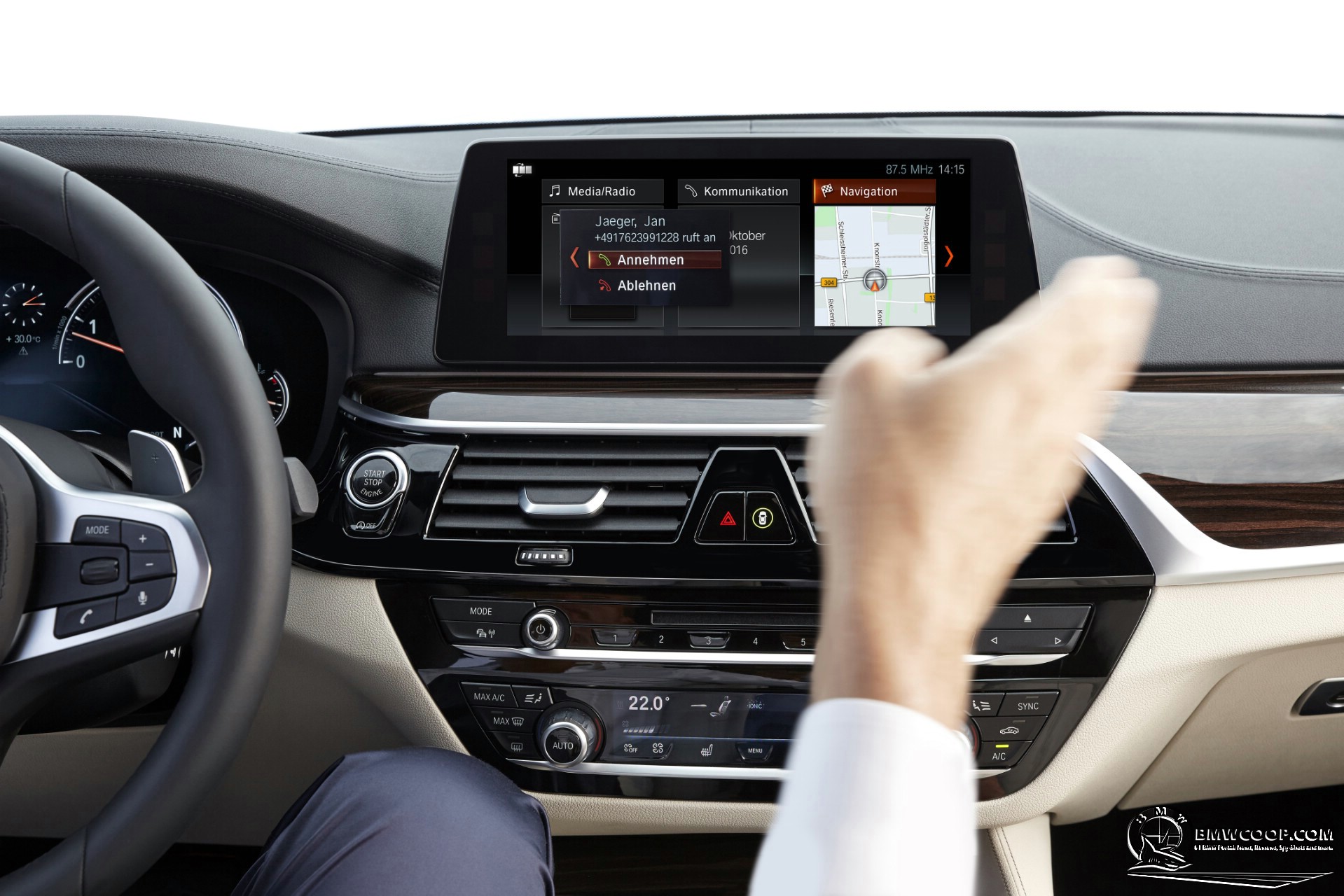 As we could depict from the massive media gallery from a previous article, the all-new G30 BMW 5 Series is a benchmark concerning parking technology, the sedan featuring the Remote Control Parking system which allows 5 Series drivers to park the car in the narrowest spaces without getting out of the car or getting worried about any incidents. The system uses the Display Key which can easily handle the car and guide it through narrow parking spaces. After parking the car, the driver can also automatically start or stop the engine by simply using the remote control found on the Key. Also, the system monitors the acceleration of braking via the Park Distance Control, along with the Parking Assistant and the Surround View sensors, which are other key elements that make the new 5 Series an extremely safe car while being maneuvered in a parking space.

Very important, the Parking Assistant also allows your 5 Series to be automatically parked in parallel parking spaces or perpendicular, the system easily maneuvering the car in extremely narrow spaces. This is possible thanks to the ultrasonic sensors which detect the parking spaces up to speeds of 22 mph, the system calculating all the steering inputs, gear changes or acceleration and braking while parking the car. The system also has the ability of automatically finding the free spaces available in the parking lot.

Another important technology that the new 2017 G30 BMW 5 Series is bringing forward is the 3D Surround View, which allows driver to constantly monitor every move of his car. We are dealing here with a bird`s eye view and a three-dimensional image of the area that surrounds the vehicle, meaning that the system can see and observe everything around the car, including obstacles on the way, pedestrians, incoming traffic, all of them keeping the car alert in case of an emergency. Also, with the BMW Connected App, all the images recorded on the car`s infotainment system can be downloaded and monitored from the driver`s smartphone, keeping thus track of everything that happens in real time situation.

The Remote Control Parking, Parking Assistant and 3D Surround View systems are closely connected to the ParkNow and On-Street Parking Information services. The latter two offer a view on the parking spaces available on a particular street, offering additional services like reserving or paying for a parking spot. The reservations can be made on the go from the navigation system or in advance via the ParkNow smartphone application.

More than that, the On-Street Parking Information (OSP) represents one of the cutting-edge technologies that the 5 Series is coming with. It is the ideal system that you can use while being caught in traffic in a big-crowded city, and is extremely easy to use. It automatically searches for parking spaces available near you, and suggests the best available spaces by showing a color coding on the navigation. It is up to you to decide which would be the best viable solution.

Other standout technologies that BMW has implemented on the all-new 5 Series are the Wireless charging, Apple CarPlay and Wi-Fi Hotspot. The Wireless charging technology allows every passenger to wirelessly charge his/her smartphone using the inductive charging tray located in the center console. The wireless charging system works hand-in-hand with the Wi-Fi Hotspot, meaning that you can navigate the internet while charging the smartphone. As for the AppleCar Play compatibility, the system is part of the iDrive technology which uses the iDrive Controller or the Touch Screen to operate the car`s apps via smarpthone.

There are also other technologies that the 5 Series is coming with, such as BMWConnected, navigation system with realistic 3D graphics, Amazon Alexa system which uses voice commands to check the car`s functionalities, like battery charge, fuel level, and much more. Also, the ConnectedDrive Services allows access to BMW`s own services by using the Wi-Fi hotspot, which are free of charge – ARTTI (Advanced Real Time Traffic Information), Intelligent Emergency Call, etc. 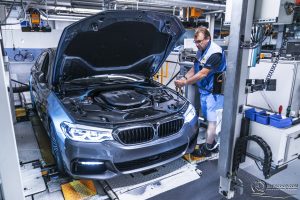 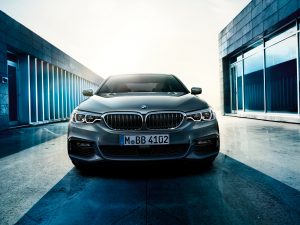