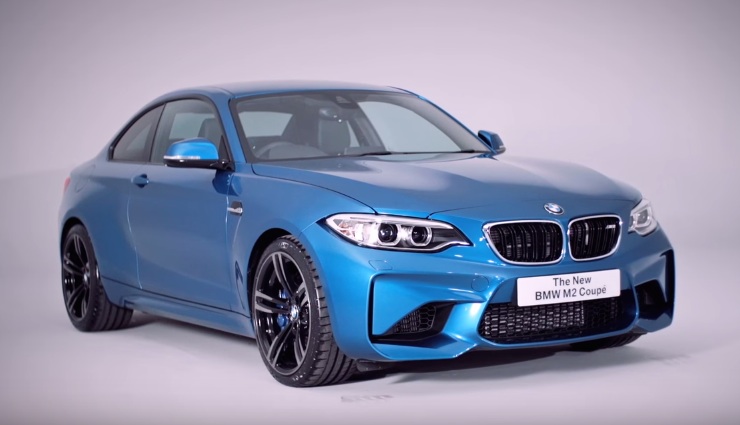 Before its official debut at the 2016 Detroit Auto Show, starting next January, the 2016 BMW M2 Coupe has been long previewed, detailed and seen on the streets wearing its exclusive body colors, the Long Beach Blue metallic, Alpine White, Black Sapphire or rare Mineral Grey.

But now, the hot coupe which will start sales next April, has been previewed in the latest walkaround video created by XCAR UK, which gives us a closer look at the coupe`s body styling, high-end materials inside as well as at the engine roar under the hood.

As we already know, the 2016 BMW M2 Coupe has received what it deserved: that M treatment worthy of a high-performance model. We are dealing here with an extremely aggressive design, highlighted by the M Performance Parts on the large air intakes, M gills, M tailpipes exhaust system, as well as the 19-inch M double-spoke design wheels.

The model also looks cool with the flared out fenders, which were extended 55 mm and 80 mm front and rear. There are also other design cues that provide the model with an extremely elegant yet sharp look, like the BMW twin circular headlights, large front apron with the trapezoidal blades, as well as the air curtains in the outer air intakes.

Inside, the M logo is visible on the entire cabin, which has been fitted with the M footrest and knee pad on the center console, along with the M2 logos on the leather and Alcantara blue stitching steering wheel with shift paddles, M sports seats, M gearshift lever or door sills.

In the engine department, the 2016 BMW M2 Coupe brags with a 3.0-liter M TwinPower Turbo inline six-cylinder engine, with 370 horsepower and 500 Nm of torque, hooked to a seven-speed M Double Clutch Transmission, allowing a sprint from 0 to 100 km/h in 4.3 seconds, at a topping of 250 km/h.

In terms of fuel consumption, the M2 Coupe burns out 7.9L / 100 km, while the CO2 emissions stand at just 185 g/km. Enjoy the video and don’t forget to share your opinions with us! 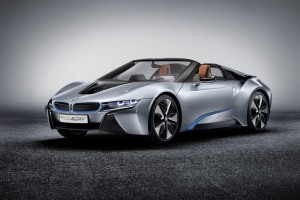 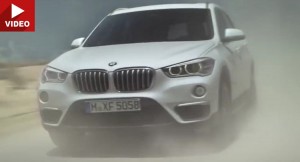