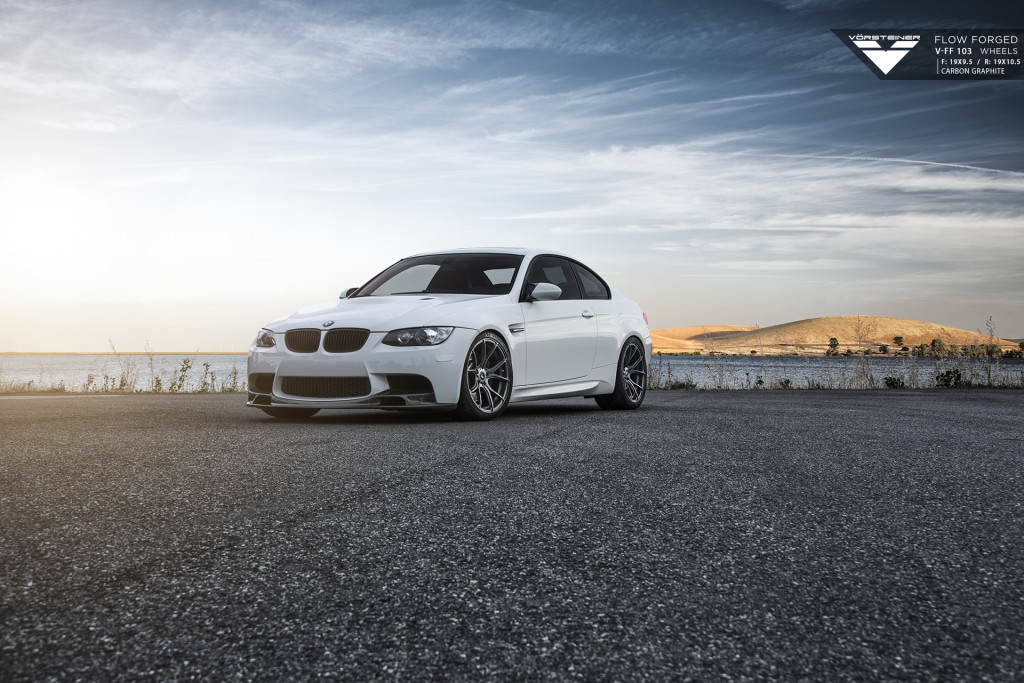 Vorsteiner is one of the major players on the aftermarket segment, managing to provide a lot of BMW models with unique set of wheels and other body parts, that would make them look one-of-a-kind in terms of body language and performance under the hood.

The E92 BMW M3 is popping up in our news again, as the well-known and high-performance sports car has received a new set of wheels, that would wonderfully complement the new carbon fiber aero kit. We are talking about the V-FF 103 wheels, measuring 19×9.5 and 19×10.5, front and rear.

The V-FF 103 wheels are also finished in the carbon graphite and feature the FlowForged technology, which provides this E92 BMW M3 wrapped in the gorgeous Alpine White exterior finish, more stance and stability on the road. Additionally, the Vorsteinet tuner division have also fitted the model with their one-off Vorsteiner GTS-V Carbon Fiber front and rear diffuser. The result: a smashing look!

There have been no mods carried out under the hood, the E92 BMW M3 sedan is still keeping the 3.0-liter twin-turbo straight six-cylinder unit.

The engine produces a good 431 horsepower and 550 Nm of torque, available between 1,850 rpm and 5,500 rpm, with the power to be sent to the rear wheels via a six-speed manual, or a seven-speed automatic dual-clutch transmission.

The new-generation BMW M3 Sedan is thus said to be powerful enough, as it managed to score higher than the official time, which reached the 100 km/h mileage in 4.1 seconds, at a top speed of 270 km/h. But some highly valued auto online magazines have also stated that the E92 BMW M3 can also reach 3.9 seconds, when installed with the DCT. 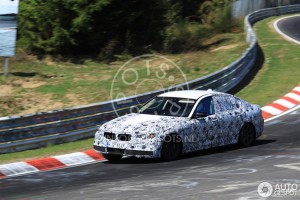 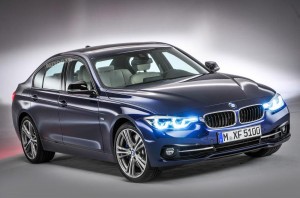