The BMW German luxury automaker did come up with a surprise at the 2014 Beijing Motor Show after all, coming with the Vision Future Luxury concept, which will previewed the next-gen 7-Series, and not the 9-Series as it was previously reported.

If we look at the pictures, we might be indeed amazed of the futuristic design that the luxury car enhances, with the concept coming with a sleek-sculpted body, and a Liquid Platinum Bronze paint and huge grille with the first edition laser headlights.

The exterior of the BMW Vision Future Luxury is actually the “long-term outlook on the perception of modern luxury for the BMW brand.”

More than that, the concept car also enhances carbon fiber air deflectors along with other futuristic characteristics, being held secretly under the body`s aluminum technology.

Inside, the BMW Vision Future Luxury concept is the epiphany of luxury, with the most handcrafted high-end materials and other boasts of technology.

In terms of technology, we might be referring to instrument cluster wrapping the driver along with 3D technology, BMW`s Vision Head-Up Display, the car`s augmented reality feature that lets you see everything outside as a real-world environment. 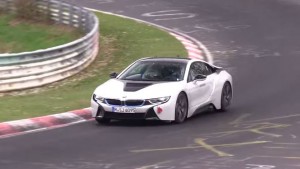 Next post BMW i8 found some issues on the Nurburgring