The fresh new Alpina B4 Bi-Turbo Cabrio will be world debuting next week at the 2014 Geneva Motor Show, promising to come with a whole new enhanced features.

Alpina is BMW`s one of the most loved models, being ready to be unveiled in its full tuned styling, resembling its sibling BMW 4 Series, standing on its very own platform.

As for the power under the hood, the Alpina B4 Bi-Turbo Cabrio takes its power from the 3.0-liter twin turbo six-cylinder engine that can be also found on the B4 Bi-Turbo Coupe.

The engine develops 410 horsepower and 600 Nm of torque, as the unit is mated to an 8-speed automatic transmission. 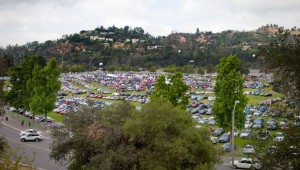