It seems that BMW is on a roll with intriguing and/or funny videos, and most of them seem to revolve around the brand new models they are bringing to the lineup.

With the i3 almost on the road and the i8 and 4 Series not far behind, BMW is finally focusing more on the 2 Series Coupe.

As far as video clips go, the German car maker already released several of them for the aforementioned models, but the 2 Series has been kept under wraps rather neatly. We don’t even have more than two batches of spy photos of it. The more recent media released by BMW gives us a glimpse of the 2 Series Coupe.


With the intent of teasing its imminent unveiling, we can only see a bit of the car in the video, with sun shafts ruining any possibility of discerning details. Still, with just 5 more days to go until the manufacturer finally lets us see the vehicle, the stage is set and enthusiasts are locked in for October 25th. Watch the video just below.

Previous post BMW confirms that new i5 model is considered 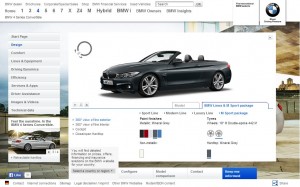