The big news this week is the recent world unveiling of the BMW i3 city car.

And with the car pretty much done and ready to roll out the dealerships, the German car maker has shifted attention to the other side of the coin.

As much as one might like the idea of electric vehicles, fact remains that the current infrastructure barely can sustain this growing segment of the market. So, in an effort to advance the availability of charging points, BMW has started investing with the UK company Chargemaster.

The contract signed with the British charging provider will last 5 years, and during this time, they expect to widely extend the network throughout UK. While we don’t have a number on ChargeNow points to be built, we do know that besides these, electric car owners will also have access to some 30.000 private parking points, via the Parkatmyhouse.com program.

Things are shaping up for the BMW i3, and the game changing vehicle might actually hold true to its expectations. At least BMW will do its best to make it happen. 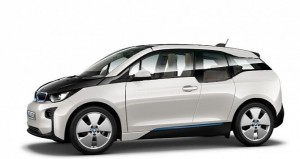 Next post Fuel cell powered BMW for the future?