Bad news to BMW fans who were not pleased with reaching 100 kmh within 4 seconds! One of most respected voices behind the German car maker says that they are not going any further.

We are talking about Maximillian Ahme, BMW M senior engineer, who is attending this week’s Malaysian Sepang F1 circuit.

To make BMW passionate even more revolted, Ahme claims that 4 seconds is as good as it gets, yet not because they cannot get anything better!

According to the same voice, the current BMW’s engine could easily support an extra 20 to 60 KW, which is the equivalent of 50 HP to 100 HP, all these without a problem!

So if you are asking where is the problem, the answer resides in the tires! If you know how a car reaches 100 kmh, than you will understand that adding extra power to the engine will not guarantee a faster reach of this threshold.

Within those four seconds, Ahme says that the tires are on the edge. And it takes using them extra hard until you get close to 80 kmh and only after that they will be taking full advantage of the torque and power of your engine.

So a BMW M with a more powerful engine will not help the tires, nor the rear wheel traction, to perform better. This is why the skyrocketed performances have reached the sky! 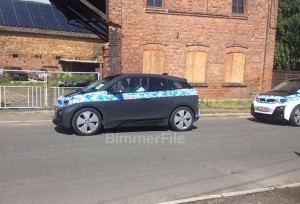