The Bavarians from BMW recently announced that the first to models within the new i range will be previewed soon within a press conference scheduled for this Friday, on July 29th, 2011 to be more precise. The Germans considered that this is all we have to know for now about this event, therefore no additional details on what we will see there are available for now. However, they released the satellite details along the schedule of this conference, information which will be posted at the end of this article.

Until then, I think we shall recap what we already know about the new BMW sub-brand, the special range for electric vehicles created by the Munich-based manufacturer.

As you probably know, BMW plans to unveil the new i range and display the first to models in world premiere at the Frankfurt Auto Show this fall but until then, they decided to preview them at the press conference tomorrow. The first model to debut is the new BMW i3, a vehicle with zero emissions scheduled to enter the market somewhere in 2013. The new i3 is a fully electric small city car, a perfect and eco-friendly alternative for the crowded cities.

The model uses carbon fibre-reinforced plastic for passenger cell along a lightweight aluminum chassis in order to keep the total mass as low as possible and of course, boost the performance. On the other hand, the new BMW i8 is a plug-in hybrid supercar better known as the Vision EfficientDynamics concept.

BMW i8 will keep almost all the design elements found on the concept unveiled in 2009 at Frankfurt but will use a hybrid setup with electric motors and a petrol unit.

The main reason behind BMW’s decision to use a petrol unit instead of a more efficient diesel engine came as the Germans want the new i8 to be a global model and the petrol engine fits better this requirement. Stay in touch with our blog for more details and hopefully some live photos from the press conference! 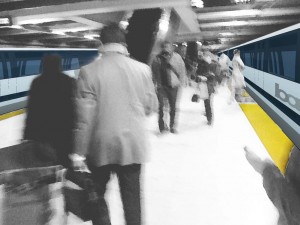 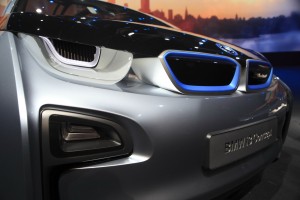