BMW is busy testing out its latest rides, with the upcoming G30 5-Series getting closer and closer to its final looks. The hardcore F90 M5 from the 5-Series has been also seen undergoing last test at the Ring.

Even if the model is still unfinished, the German based carmaker wanted to highlight the car` exquisite design and driving dynamics and invited media representatives to see the future G30 5-Series in action. One to be present at the driving test was no other than Autocar.

The guys from Autocar had the chance of driving the model and getting their opinions on the paper, and the reviews were quite positive, the car`s main highlights being highly praised below:

“It’s safe to say this is the best-riding 5 Series yet. The new chassis imbues it with a more cosseting and controlled feel over any given road than its predecessor. It is very accomplished, whether coping with high-frequency bumps around town or more undulating topography at higher speeds out on the open road. It’s quiet, too. Indeed, tire roar is very well suppressed, indicating it will be a brilliant motorway cruiser.”

As we already know, the future G30 BMW 5-Series is standing on the company`s latest CLAR platform, meaning that it sheds off around 100 kg by making use of carbon fiber reinforced plastics, the same one underpinning the 5-Series Touring, F0 M5 or the new 7-Series. This will increase the car`s handling, stability and performance.

Previous post Trio M Go for Test Drive by Carfection! Which One is the Absolute Winner? 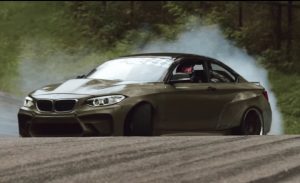