We have recently got the chance to showcase a nice BMW 3-Series Sports Wagon wearing a new set of wheels from VMR Wheels tuner, and now we laid our eyes on this superb BMW 330d, which received a new heart from BBM Motorsport tuner.

It has become pretty obvious that not only the sedan or the coupe models receive special treatments from aftermarket shops, as more and more BMW wagons and touring versions are now becoming fashionable with unique body and power kits under the hood.

On the other hand, the sprint from 100 to 200 km/h was done in an impressive 9.8 seconds, at a topping of 296 km/h.
Apart the new heart, there were no other mods carried out at the body, except for the custom exhaust system with active sound system and the newly added 19-inch BBM Motorsport wheels, wrapped in Michelin Pilot Sport rubbers.

Inside however, the model received Recaro sports seats, the E92 M3 speedometer as well as the M Performance steering wheel wrapped in Alcantara. 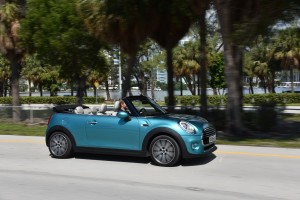 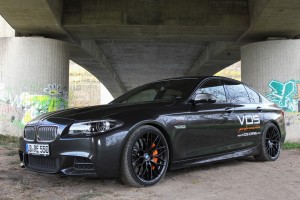