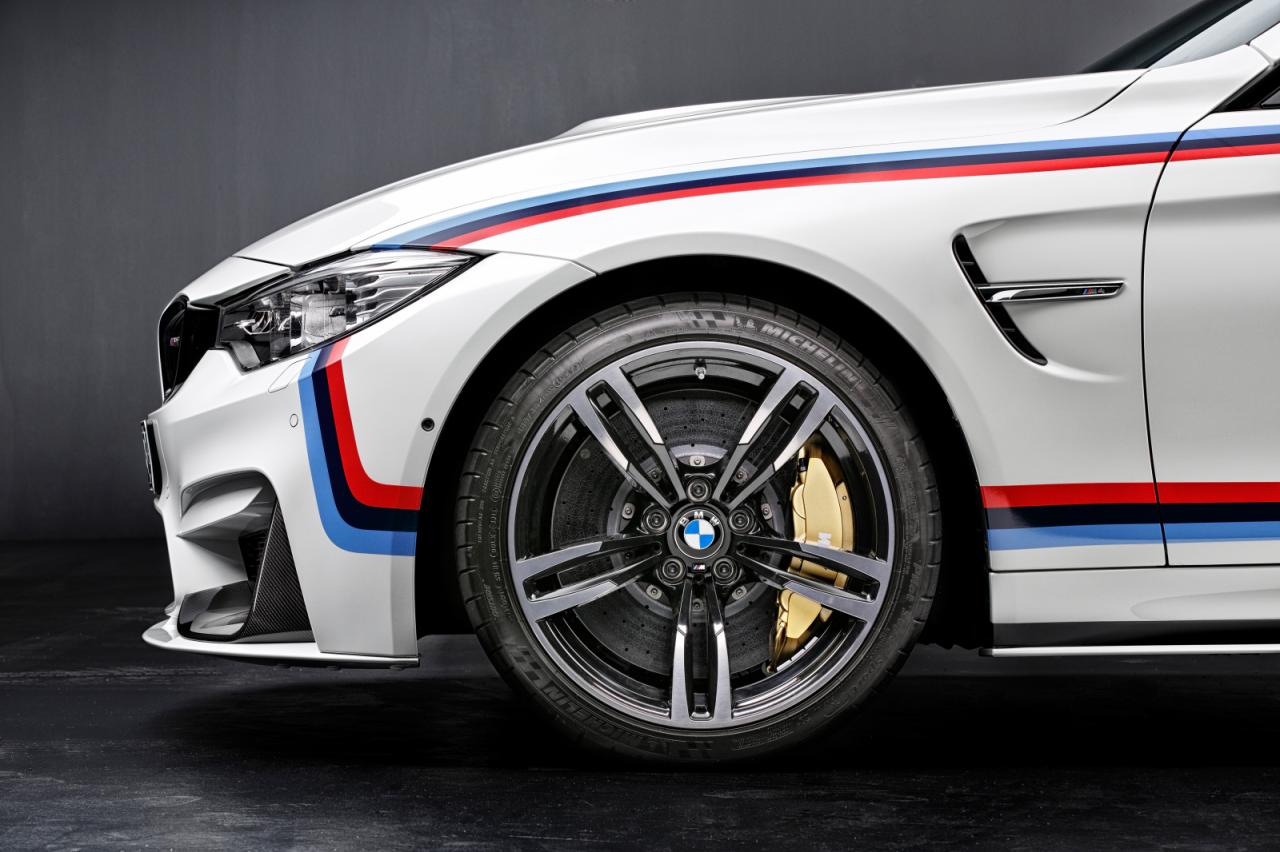 BMW released photos and details on new M Performance parts. The models in question are the newly launched M3 and M4, both high-performance cars from BMW’s range.

To begin with, the exterior appearance is improved thanks to the carbon fiber inserts from the front bumper, the carbon rear diffuser and spoiler as well as a new PUR front attachment.

The same polyurethane material is used for the side skirts and rear spoiler. There’s also new side stripes and M Performance badges which contrast very well with the white finish.

Enter the cabin and you will find carbon trim, a race display and new M Performance steering wheel wrapped in Alcantara. The race display has extended functionality when the car is in Sport mode.

To be more precise, it offers a stopwatch so the driver can track his lap times. Last but not least, the M Performance parts include new silencers capable to improve the engine sound.