With the 1M Coupe left on the side of the road, the BMW German based carmaker is preparing the long-rumored M2 for a special unveiling, at the 2015 Frankfurt Motor Show.

After its official launch in Germany, the BMW M2 will start production in November 2015, with the model to reach its dealerships somewhere at the beginning of 2016.

Taking a look at the photos, there are little features to connect the M2 with the late M1, the first one coming with its own personality, in terms of visuals.

We are talking about a one-of-a-kind body style, with revised front and rear bumpers, front wings, boot lid, the 19-inch M wheels, or some carbon fiber components, which make the sports car lighter.

So far so good, and moving under the hood, the BMW M2 will also bring some new performance, as the 3.0-liter N55 TwinPower unit has now received 370 horsepower, hooked to a manual or an automatic transmission.

The power should be enough for the sports car to sprint from 0 to 100 km/h in 4.4 seconds, making it 0.5 faster with the DCT, compared to the 1M Coupe. 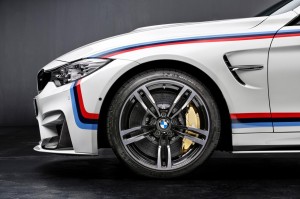