FastLaneCar has recently set up a drag race that would put face to face two of the most powerful sports cars in the world, like the BMW Alpina B6 xDrive Gran Coupe and the 2015 Chevy Corvette.

Both sports car come with an aggressive body style and high performance under the hood, with different powertrain details that make them stand out from the crowd.

First off, the BMW Alpina B6 xDrive Gran Coupe is powered by a 4.4-liter ALPINA Bi-Turbo V8 unit, which develops 540 horsepower and 540 lb-ft of torque.

The unit is hooked to an eight-speed Sport Automatic Transmission with the ALPINA Switch-Tronic, which makes the sports car sprint from 0 to 100 km/h in only 3.6 seconds.

On the other hand, the 2015 Chevy Corvette was specially built for power, as it packs a massive 6.3-liter V8 engine, capable of producing 450 horsepower and 450 lb-ft of torque.

Additionally, the advantage of the Vette over the Alpina, is that the first one comes with an all-aluminum space frame, carbon fiber hood, trunk and roof, fiber-glass doors, which helps it take the tight corners more subtle.

Just hit the play button and enjoy the drag race between the BMW Alpina B6 xDrive Gran Coupe and the 2015 Chevy Corvette! 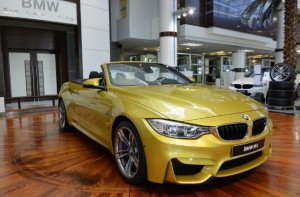 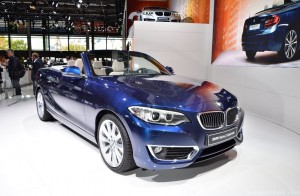