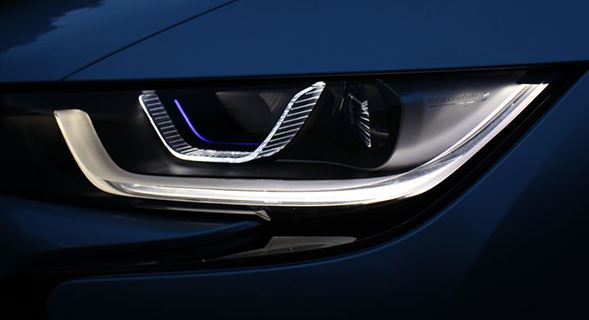 The BMW`s most powerful plug-in hybrid, the one-off i8, will be from now on available with the long-expected laser lights, which will cost an additional 9,500 euros.

There is a huge difference between the standard LED lights and the optional laser lights, as the latter allows a high beam range for up to 600 meters.

We are talking thus about a double range than the standard LED lights, with the possibility of also increasing the efficiency of the energy by up to 30 percent, compared to the rather low power-saving LEDs.

The BMW Laser Light is also significantly useful at nights, as it provides a better lighting on the roads, due to its intensity, without the fear of heating the surrounding area.

This is partially due to the laser diodes found inside which are ten times smaller than the standard light diodes from the LEDs, helping thus save space inside the headlamp as well as weight.

More than that, the reflector surface can be reduced in size, with the height also to be smaller, from a previous 9 cm to less than 3 cm.

Enjoy the short video highlighting the laser lights now introduced on the BMW i8 plug-in hybrid. 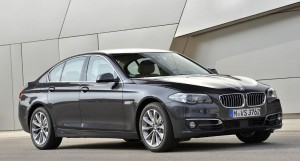