A fresh new BMW M235i Racing car has managed to crash at Nurburgring last weekend, when the supercar was racing on the tracks.

The BMW M235i Racing was caught on a video while racing on the circuit last weekend, but still there are no news about what has caused the accident.

The video posted below shows the M235i Racing hitting a Porsche 911, with the driver ending up being hurt, while the other one behind the Porsche was just fine.

The M235i Racing was recently introduced to the public, with the car receiving some special tweaks for racing. We are talking about some improvements coming with a new aerodynamic body kit being certified by FIA safety cell, as well as some sport tuned suspension system.

The BMW M235i Racing car has a mechanical limited slip rear differential. Under the hood, the M235i Racing comes with a 3.0-liter six-cylinder TwinPower Turbo engine, developing a great 333 horsepower (245 kW) and a peak torque of 450 Nm (331 lb-ft).

Enjoy the video with the BMW M235i Racing crashing into the Porsche 911. 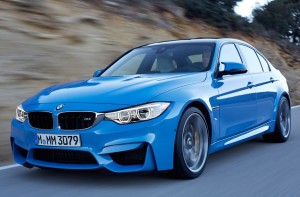