The BMW 2-Series was recently revealed to the public and right now, the German based manufacturer is planning a Cabrio version to be launched at the end of 2014.

The fresh new 2-Series Cabrio would be the follower of the 2-Series lineup. The Cabrio will be launched at the end of the year after being put to tests in the cold parts of Europe.

The BMW 2-Series Cabrio will actually be the next-in-keen of the 1-Series Cabrio, whose production was stopped last year due to bad sales.

The fresh-new BMW 2-Series Cabrio is supposed to be larger than the 1-Series, coming with a foldable soft top. The platform it shares would be the same with the two-door coupe sibling`s, in terms of design and engine lineup.

The BMW 2-Series Cabrio will likely to be unveiled at the 2015 New York International Auto Show, taking place in Detroit.

More details about the engine and tweaks inside will be rendered at the moment of the 2-Series launching. 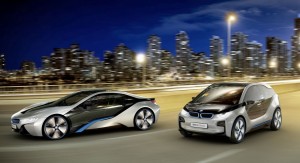