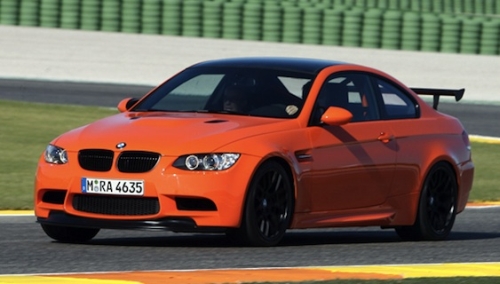 Most of you still have a fresh memory of BMW winning at the 24 Hours of Nurburgring last weekend after a five years since the last victory of the manufacturer on this track, four of which had been taken by Porsche.

Apparently BMW are so pleased with fan support of this race and the performance in itself that they are working on a limited edition of the BMW M3 GTS to celebrate the occasion.

This ultimate version is rumored quite well (which is a delight) in terms that it will allegedly have a matte-black exterior, a front spoiler, wider rear fenders and lighter alloy wheels. BMW will also use plenty of carbon fiber in addition to the carbon fiber roof on the regular BMW M3 GTS and areas where this extra carbon fiber is expected to be seen are on the deck-lid, hood and rear spoiler.

As the title claims, the new model should be named the BMW M3 GTS-R.

Besides this extra lightening kit offered by the M3 GTS-R it may also feature something very important such as KERS (perhaps from the 2011 M5 parts bin?).

We’ll just have to wait and see if the M3 GTS-R is a gaming fantasy or a real track ripping beast.