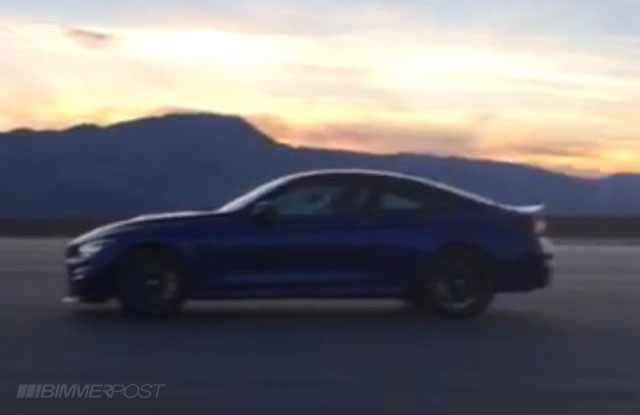 Last week, we had the chance of seeing a fully-camouflaged BMW M4 at work, which would indicate the arrival of the all-new M4 CS.

While last rumors indicate that the camouflaged model is going to be the future M4 CS after all, the model in question is popping up into the spotlights in a first promotional footage, recently released by BMW German publication Bimmerpost.

A BMW petrol head and faithful member of Bimmerpost publication has released a promo footage with the model in California, with no signs of any camouflage around the body, the mode wearing a gorgeous blue exterior wrap, which may be part of a new colour particularly designated for this model (we might be looking at a new shade of the present Marina Bay Blue, also destined for the future M5).

The signs that we are indeed looking here at the future 2018 BMW M4 CS are reflected by the ceramic brakes with yellow calipers from the M4 GTS, adding as well other styling cues from the same GTS – carbon fiber hood which will shed off significant weight.

Other features that give away the future M4 CS refer to the wider carbon fiber front splitter, new ducktail-style lip spoiler, new rear diffuser, updated exhaust system as well as OLED taillights from the LCI M4, all contributing to the car`s more aggressive look. As for the car`s power, chances are that it will use a revamped 3.0-liter six-cylinder engine, which would develop at least 450 horsepower and 600 Nm of torque.

Unfortunately for all BMW M4 fans out there, the new 2018 M4 CS will be available in a limited-run and not a production model as previously reported. We could as well see it for an official debut at the 2017 Geneva Motor Show. 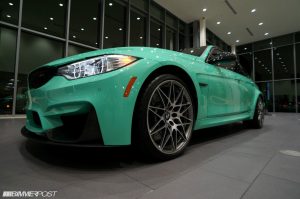 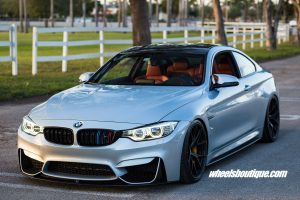