The BMW`s first hybrid model, the X5 eDrive Hybrid, was caught on camera in the United States, while the model was quietly standing in a parking lot.

There is also a video with the 2016 BMW X5 eDrive Hybrid, with the model wearing heavy camouflage at the front, on the sides an at the rear as well.

We are not sure why the camouflage, since the model was already unveiled to the public some time ago. Perhaps the automaker is already preparing some minimal changes.

However, the 2016 BMW X5 eDrive Hybrid is coming with power on all wheels, being quite smooth on the roads, due to the electric motor, which provides the car with an extra of 95 horsepower, outputting an overall 245 horsepower.

But the 2016 BMW X5 eDrive Hybrid also comes with a battery that can be handled in three modes, which is the Intelligent Hybrid, the Pure Electric, as well as the Save Battery mode.

The Save Battery permits the car to run on reserve mode, completing the rest of the journey purely on electric power, while running in a crowded city, for instance. 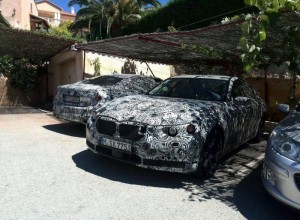 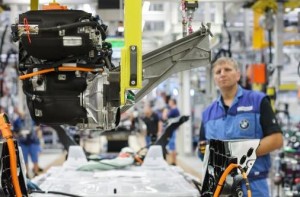