If you love driving, then you should be putting your driving skills to a supreme test, and that behind the 2014 BMW 535d xDrive model.

The 2014 5 Series is not a new car, but what is interesting about it, it is the engine its sports under the hood. I am talking about a 3.0-liter turbodiesel inline six-cylinder unit, which was taken from the larger X5 xDrive35d and also to be put on the forthcoming 740Ld xDrive.

From subjective considerations, I would leave behind any comments concerning the style or the interior of the car, as I would like to fill you in more with the performances of the car.

I like this 535d xDrive, especially since it delivers 255 horsepower and 413 lb.ft, which for a guy like me, would be more than enough.

You might say that the 535d xDrive hasn’t got enough power, but it does have more torque. Acceleration of the 535 xDrive reveals the available torque I was talking

As for fuel consumption, the car handles efficiency quite good, since a 101 mile cruise from San Francisco to Salinas took a straight 36 mpg, taking into consideration the stop lights and traffic. 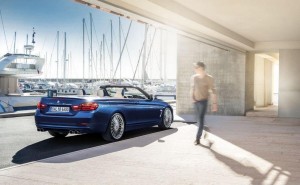