BMW M3 Coupe owners and Ford Mustang GT owners alike have wondered time and time again (or we’d like to think so) how would a toe-to-toe clash between the two end up. Would the silver stallion come on top or would it be humbled by the M3 Coupe? The guys at MotorTrend decided to answer this question and on a racetrack, of all places. For this US vs Germany (or Europe) head-to-head battle they put up the 2011 Ford Mustang GT against the 2011 BMW M3 Coupe.

We won’t spoil the results to you, as maybe you can surely imagine what the outcome would be like, just to say that one was 0.1 seconds faster (or slower) than the other. Check out the video bellow of the confruntation. Once again, hats off to MotorTrend and congratulations.

did they even use the m-mode? it doesn’t seem that way.. 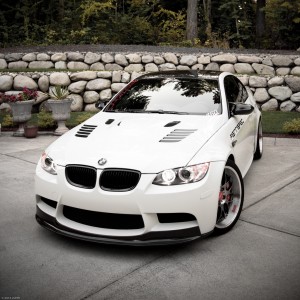 Next post Rumors: Is BMW looking ahead to develop X35is, X3 M and X4?