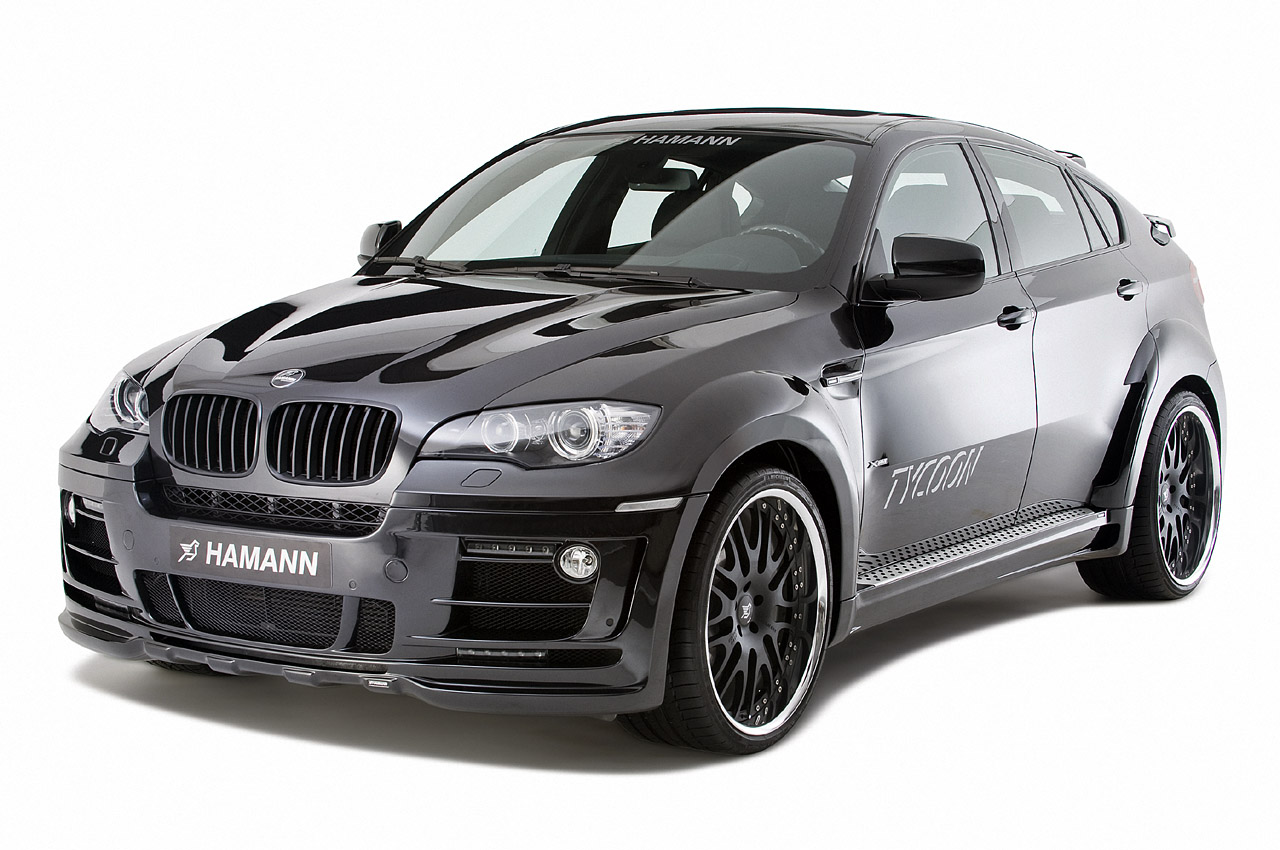 The German tuning company, Hamann, has a very creative way of naming its vehicles. Let me give you a few examples: we have the 911 Turbo named Stallion, the Volcano based on the McLaren SLR, the Cyclone for Chayenne and the F430 named Black Miracle.

The newest acquisition for Hamann is the Tycoon, a modified version of the BMW X6. This car received some improvements like the power boost, the extra width, plus side skirts, roof spoiler and some interior appointments. I think one of the greatest parts of this car’s look consists of the black 23-inch alloy wheels that go extremely well with the rest of the design.
Another great plus is the 360 horsepower, the carbon fiber trim and aluminum accessories.

Now, you can enjoy the high-resolution pictures of this masterpiece, BMW X6 TYCOON.

what an amazing difference to the regular factory model, if this package had been the one b.m.w. revealed to the world it would have blown people away even more so.
now to figure out a way to buy one of these sweet creations!.

Hamann is becoming more and more imposing on the aftermarket segment with exquisite tuning programs carried out on different BMW...

Hamann Motorsport is one of the scarce tuning companies worldwide to have a crush on BMW models, the aftermarket specialists...

We all know that the 2016 BMW M2 Coupe is the Bavarian`s latest edition in terms of design and performance,...

BMW M135i is long-gone but the top of the line model from the 1-Series still remains one of the most...

Hamann is considered one of the most famous tuners worldwide, providing exquisite tuning programs for hot models, and BMW carmaker...