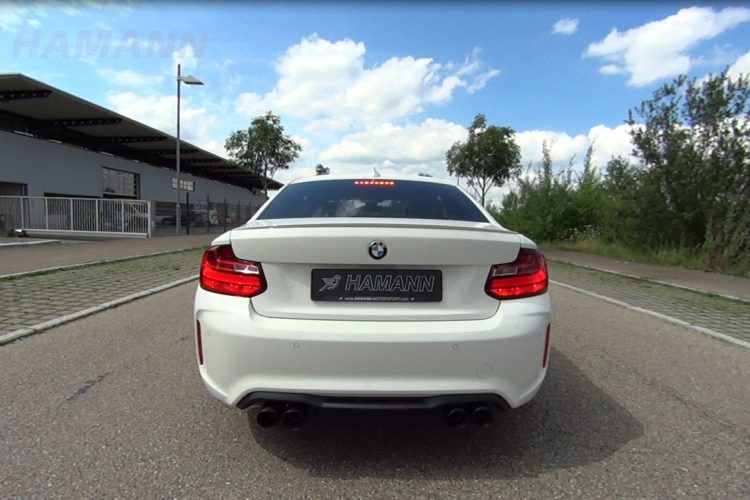 We all know that the 2016 BMW M2 Coupe is the Bavarian`s latest edition in terms of design and performance, and even if that doesn’t mean that the model is the fastest from the entire BMW lineup, it does standout from the crowd with unique features that make it that desired and wanted.

And we have seen what the M2 Coupe can do on the tracks or on the roads, or how it looks wearing different styling kits and mechanical bits that would make it even more powerful than before.

The latest project is signed by Hamann German tuner and involves the fitting of a custom exhaust system. Unfortunately, the work is still in progress, but the technicians released a teaser video showcasing the car`s rear end fitted with the new rear muffler, all part of the ongoing exhaust system.

The video teaser is highlighting the car`s wilder engine growl, which is also a clear indication that the coupe would also receive a power boost. Again, the tuner hasn’t revealed any details, as the car is still under heavy mechanical customizations.

More than that, according to some recent reports, this lad here is also expected to come with some body styling new bits, including new front and rear spoilers, side sills, and new wheels, all signed by Hamann.

Until further news, take a look at the Hamann`s new rear muffler fitted on this gorgeous BMW M2 Coupe! 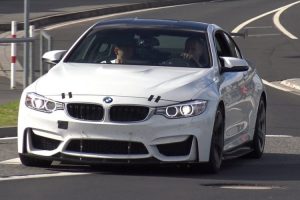 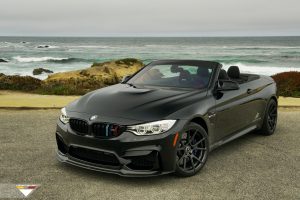