The GT Concept version of the upcoming BMW 5-Series has been recently unveiled, alongside the 3-Series and X5 versions. All three models are coming with e-Drive systems and electric motors.

As for the BMW 5-Series GT Concept, we might state that it would be a real beast on the roads, as it is equipped with a powerful plug-in hybrid powertrain under the hood.

The 5-Series GT Concept is equipped with a 2.0-liter turbocharged four-cylinder unit, backed by two electric motors and hooked to a 20 kWh lithium-ion battery.

With all the equipment under the hood, we are looking here about an overall 670 horsepower, which is more than the 2015 Chevrolet Corvette Z06 is outputting.

This might be a clear indication that the BMW German based automaker is slowly but surely planning to introduce plug-in hybrids to all its models. More details on that matter will be perhaps revealed in the future. 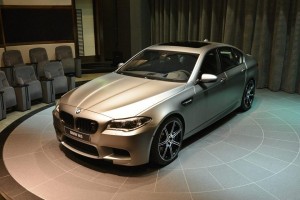