The hot 2015 BMW X6 has just been unveiled, but that didn’t stop the famous designer Theophilus Chin to launch online a rendering with the X6 coming in a Cabrio body-style.

Since this is just another example of the artistic type of Theophilus Chin, the BMW X6 Cabrio-style will never probably hit the production line.

To be a reminder though, the 2015 BMW X6 is coming big time, with a fresh body style, taking its looks from the X5 cousin.

Talking about tweaks at the exterior, we might looking here at a sportier body than the present model, including a pair of fresh 19-inch alloy wheels.

More than that, tweaks have also been added to the X6`s cabin, where the model now includes a dual-zone climate control, knee pads mounted on the center console and so on.

Since the trunk has now a wider space, this led to an increase in the engine lineup, meaning the presence of the X6 xDrive50i, the X6 xDrive30d, or the top of the line M50d.

It is also expected that the 2015 BMW X6 will be adding more units to the lineup, like the xDrive40, the xDrive35i or the sDrive35i. 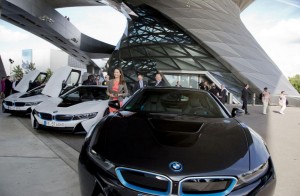