With the BMW German luxury car manufacturer being on a constant growth, the company is aiming to sell around 2 million vehicles in 2014, planning to ship the vehicles to the United States and China.

Norbert Reithofer, the CEO at the BMW Group stated in some reports at the 2014 Geneva Motor Show that for the first two months of this semester, the automaker has managed to reach a sales` growth of about 7% with the luxury Rolls-Royce and the Mini, and around 9% with the its own brands.

Reithofer also mentioned that in order to successfully handle with the demands up ahead, the German automaker will expand the two already existing plants in China and in the US.

The extended plants are meant to make room for the already going on sale the 4-Series line-up (Coupe, Cabrio, Gran Coupe), the famous M3/M4 and the BMW`s first all-wheel drive, the 2-Series Active Tourer.

Last year, the BMW manufacturer sold an overall 1.96 million units – with 1.66 million units of its own brands – and now the company is aiming for a further growth, to make sure that its rival Audi and Mercedes-Benz are left behind for good. 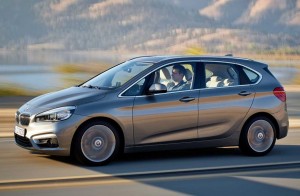 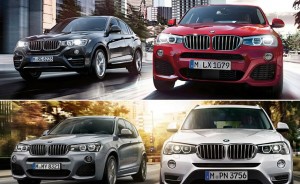 Next post BMW X4 and X3 Compared in Shots