BMW announced that about 176,000 units fitted with a 2.0-liter four-cylinder petrol unit (N20 and N60 engines) will be recalled due to a defective oil plug.

We talk about 2012 to 2014 model years, several models such as the BMW 320i, 328i, 528i, sDrive28i and sDrive28i alongside their respective xDrive variants (where applicable) are concerned.

According to the Bavarian company, the oil plug from the intake camshaft may be displaced which will restrict the oil supply for the vacuum pump. This could lead to some malfunctions at the power brake system, ultimately leading to a failure.

There is no doubt that the risk of accidents could increase, therefore, BMW will start notifying the affected customers in the shortest time possible. If you are concerned by this recall, be sure to keep your phone calls up as BMW will contact you soon. 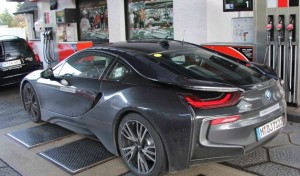