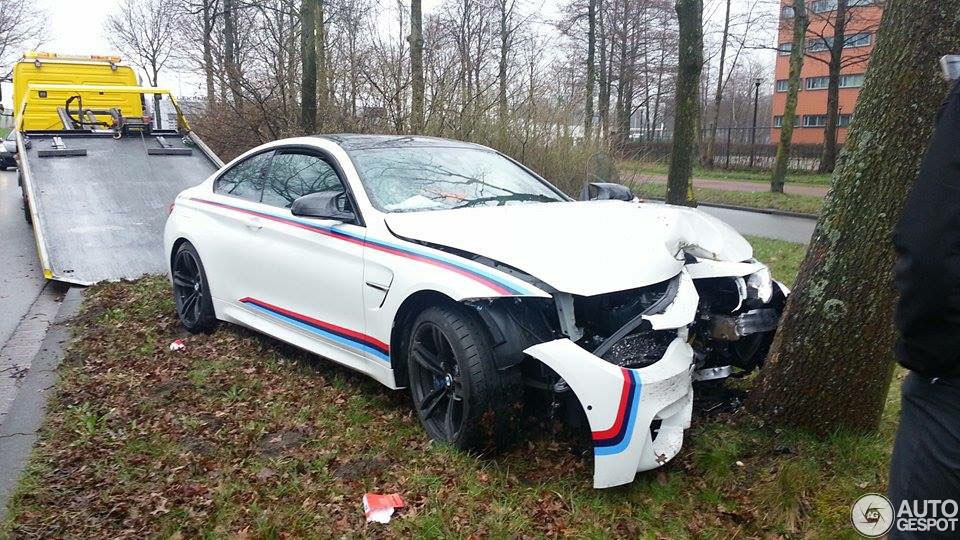 The BMW M4 Coupe and the M3 Sedan are considered the most powerful sports cars on the planet and with less than a year after their official launch on the market, these particular models have been seen on the roads worldwide being involved in a lot of car crashes, from Germany to United States and beyond.

It is also the case of this BMW M4 Coupe all wrapped in the Alpine White paintjob and bearing the M livery, which has been the subject of a car crash, the model unexpectedly ending up in a tree, while heading to a gas station for a refilling. The images were provided by AutoGespot, and according to the auto magazine, this model was used as a test drive for women.

And since we are talking about a powerful model, the crash was so brutal that it will take a lot of time and money to be spent on repairs. But at a closer look, I personally believe that this unfortunate BMW M4 will eventually end up at the scrapyard.

BMW M4 as well as the BMW M3 come equipped with a 3.0-liter inline six-cylinder turbocharged engine, capable of outputting 425 horsepower and impressive 406 lb-ft of torque. The engine is hooked to the M-DCT transmission, capable thus of sprinting from 0 to 100 km/h in just 3.6 seconds. 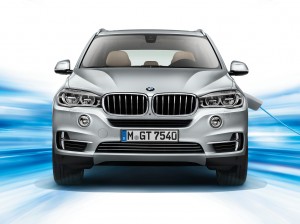