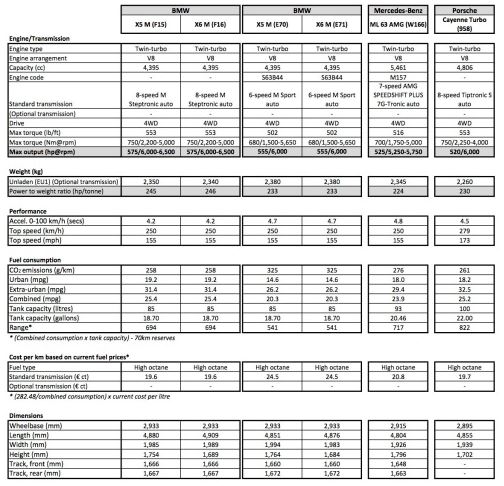 A member of Germancarforum has recently displayed on the web a table with the technical specs of all the new four German performance SUVs.

In the comparison, you will have the chance to see the newly unveiled 2015 BMW X5 M and X6 M, the base X5 and X6, standing alongside their top predators, the Mercedes-Benz ML 63 AMG and the Porsche Cayenne Turbo 958.

The German performance SUVs stand at an overall 3,200 horsepower and a huge 4,300 Nm of torque, with a time sprint ranging between 4.2 seconds and 4.8 seconds.

But until real test drives will have been carried out on the four German performance SUVs, you are invited to take a look at the official specs of these impressive vehicles. 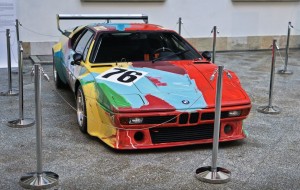