The BMW German based automaker is teasing us again by launching a new video commercial with the high-end i3 model, showcasing the electric vehicle from a new perspective.

According to some online auto magazines, the new video with the BMW i3 electric is considered to be “rather tricky”, as the model is showcased as being the perfect vehicle, capable of produce enough power to satisfy all its customers.

In case we made you curious enough, just hit the play button on the video below and watch the surprise that the German automaker has prepared for you.

To be a reminder, the BMW i3 was first unveiled back in 2013, previewed as the next “Toyota Prius”, in terms of performance and technology.

This is quite true, as the i3 is taking its power from an electric motor, developing 170 horsepower and 250 Nm of torque, sent to the rear wheels.

The electric motor is also backed by a two-cylinder petrol unit, which outputs an extra 34 horsepower, the burner acting as a range extender. 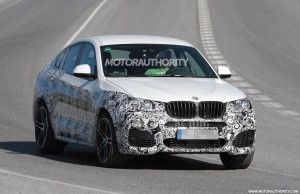 Next post Video: BMW M3 Taken for a Spin by Chris Harris