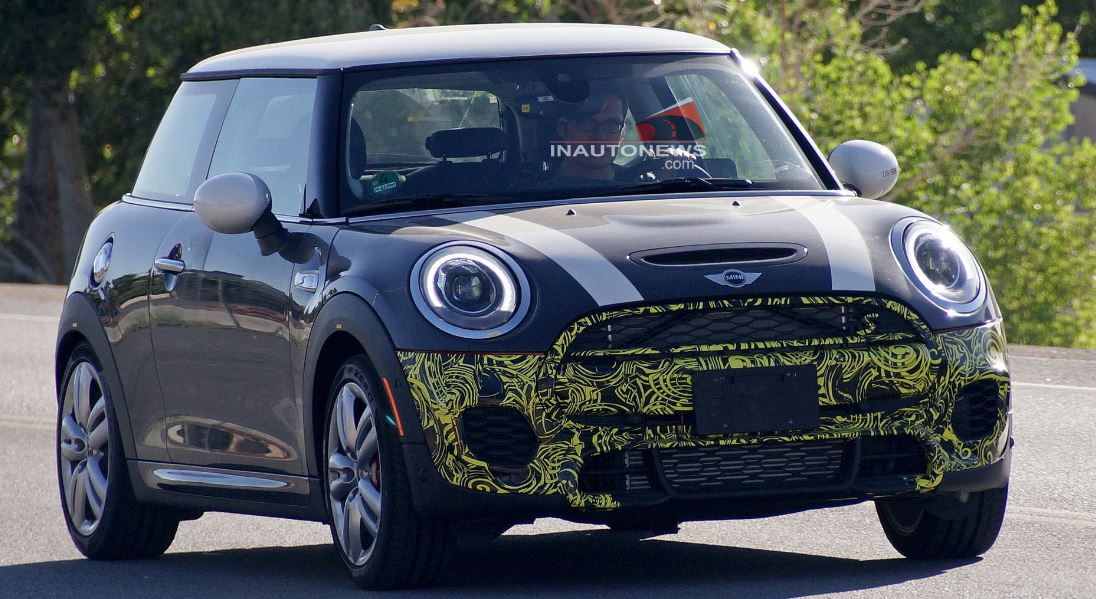 Everybody is caught on camera these days, even if it is a BMW X1, or a BMW M2, which is now also the case of the upcoming MINI Cooper JCW, which was shot on some public roads out for some tests.

Spy photographers from Inautonews online publication have managed to spy the 2015 MINI Cooper JCW while undergoing some test, with the model wearing a light camouflage at the front end of the car.

The shots reveal a test mule of the new MINI Cooper JVW, but even if this would be the final product, we might be looking here at a fresh and restyled model.

Thus, the 2015 MINI Cooper JCW might be coming with some additional intakes at the front bumper, with the rear section resembling the new Cooper S, as well as with an updated breaking system.

The 2015 MINI Cooper JCW might be coming with some fine touches inside too, but it is under the hood where the real upgrades will be found.

We are talking about a new 2.0-liter four-cylinder turbocharged unit, also seen in the Cooper S, and which will develop a higher 200 horsepower.

The unit of the JCW will be hooked to a six-speed manual or an optional automatic transmission, with paddle shifters, and power being sent to the front wheels.