Once again, BMW Group has some good reasons to celebrate as the German company reported increased sales for the previous month. Few weeks ago, the Bavarian company released sales figures for the first six months of 2011, announcing an all-time record of 833,366 units, an increase of 19,7% comparing to the same period of the last year. Today, we find out that July is also continuing the ascending trend in terms of sales with an increase of 7.6% for BMW Group.

Ian Robertson, responsible for Sales and Marketing claimed that the current attractive line-up currently available along the good sales figures reported each month will lead to the estimated sales of 1,6 million vehicles for 2011.

If BMW will manage to sell this number of units, it will achieve a new all-time sales record and there are all the reason to happen this as this July already is the best in BMW’s history. The situation in the premium segment has not changed in the U.S. market as BMW still leads this segment, a major global advantage in front of the eternal German rivals, Audi and Mercedes.

Markets such as Brazil, India and Korea brought the German company significant double-digit growth ranging from an increase of 22,1% in Brazil to 94,9% in Korea.

Regarding the own market, BMW said: “In Germany, a total of 23,212 new BMW and MINI vehicles were registered in July, which was on the same level as the previous year (prev. yr. 23,397 / -0.8%). The slower pace could be attributed to line-up changes, including the changeover from the first generation BMW 1 Series to the second generation.”

Since the start of the year, BMW sold a total of 798,590 units reporting an increase of 16,2%. Talking about models, the new BMW X3 managed to return the highest growth with 9,762, an impressive increase of 193,2% over the same period of the last year. 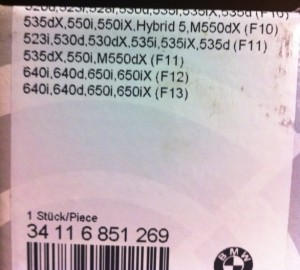 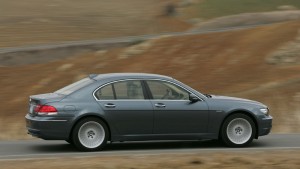 Next post BMW 7 Series put under investigation by the NHTSA