Now that the BMW i3 vehicle is already reaching the US dealerships in short orders, the car has yet to reveal more details concerning its high-tech tweaks.

The BMW i3 in the US will be offered with a plug-in choice, coming with a range extender alongside a 1.9-gallon capacity gas tank.

This is rather the smaller version option, since in Europe, the BMW i3 comes with a 2.4-gallon tank, but other than that, the versions are rather the same.

The entire range extender system, meaning the tank, the engine, adds an additional 265 pounds to the i3 EV`s overall 2,634-pound curb weight.

The extra weight in turn adds around a second to the EV`s 0 to 60 mileage, which is rated at 7 seconds. With all that, the range-extender will not make the Americans pay the $7,500 tax credit as previously imposed by the US government.

Other important details about the i3 is that the vehicle`s storage compartment “is not watertight” as it is designed to hold the mobility kit or the 110-volt charging cord.

In Europe, the BMW German based luxury automaker has already exceeded 70 units a day, reaching a total number of around 100, due to the higher and higher demands. 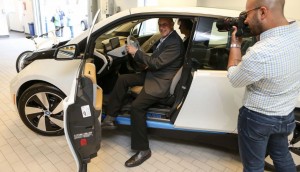 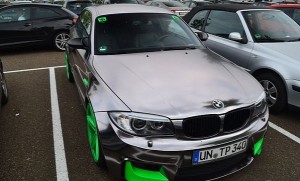 Next post One way to ruin a BMW 1M