The N47 engine series is prone to early timing chain failure due to severe timing chain wear. The situation is indicated by a rattling noise coming from the engine’s rear. Failure of the timing chain may necessitate engine replacement or a costly repair. The problem affects all applications and power variations of the engine manufactured between March 1, 2007 and March 1, 2011. The most severely damaged units, which require the most substantial repairs, were manufactured between the dates of 01.03.2007 and 05.01.2009. UPDATE – It appears that a small number of engines made after the recall are having problems.

The timing chain on this engine is sandwiched between the engine and the transmission at the back of the engine. Its replacement is especially difficult because it is located in such an inaccessible location. In most cases, parts installed in such inaccessible locations are intended to survive the life of the engine, but not in this situation. The timing chain in the N47 can fail anywhere from 40 to 100k miles, causing catastrophic engine damage as its components lose synchronization.

The symptoms of a failed timing chain usually appear gradually as the chain becomes longer and more worn. As a result, you’re unlikely to detect a sudden dramatic symptom until the chain is near to break completely. Instead, think about how your vehicle is performing today and how it performed many months ago. Small issues could suggest that the chain is about to fail completely.

Here are some of the signs that your timing chain is failing:

Because the timing chain is in such an inaccessible location, the mechanic must totally remove the engine from its bay to gain access to it. Taking the engine out is a massive and difficult undertaking in and of itself. Following that, another lengthy disassembly is required to gain access to the chains themselves.

Three timing chains are included in the timing chain replacement kit: one for the oil pump, one for the camshaft, and one for the high-pressure fuel pump. You’ll also need the looking tool kit to keep the crankshaft and camshaft synchronized while you’re working on them. These are the primary tasks that must be completed after removing the engine from the bay in order to replace the timing chains.

To begin, make sure that cylinders 1 and 4 are at top dead center in order to retain the point for synchronizing the points.

With the tools you have, lock your crank shafts at this location.

It will be easier to remove the fuel pump sprocket if the high-pressure fuel pump is turned off.

Remove the flywheel from the crankshaft by removing the bolts that hold it in place.

Remove the starter motor’s bolts to gain access to the oil sump.

By undoing the necessary bolts, you can remove the oil sump.

Remove the timing cover by loosening the nuts that hold it in place. It will take some prying and a few mild taps with the hammer. You can now access all of the chains and sprockets.

Similarly, remove the camshaft sprocket’s guides and tensioner, as well as the sprocket and belt.

After TDC, twist the crankshaft 45 degrees and remove the high-pressure fuel pump tensioner, guides, and sprockets. Take off the belt and the sprockets as well.

The last item is your oil sprayer, which you may remove for replacement if necessary.

Then, in reverse order, install the replacement belts, ensuring that all components are in sync until the conclusion.

This timing chain issue is a design flaw in the engine, and the only method to remedy it is to avoid cars with this N47 engine or, if possible, get rid of it in working order. Because of the emission control equipment put in it, such as the EGR and DPF, this engine also has a lot of issues. 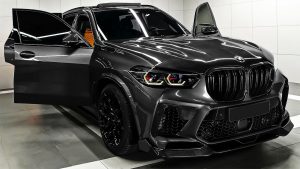 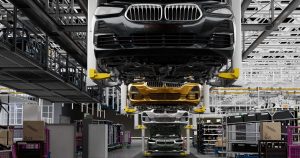 BMW is known worldwide for its excellence in automotive engineering and for manufacturing one of the best luxury cars that...

Installing a GPS system is the most effective way to monitor your car in the course of its journey. The...

The ownership of a BMW car definitely speaks about your affluence and your fine taste and choices. However, as a...

Step-by-step guide in changing the EGR thermostat on E46 BMW 3 series EGR is specifically designed in order to recirculate...