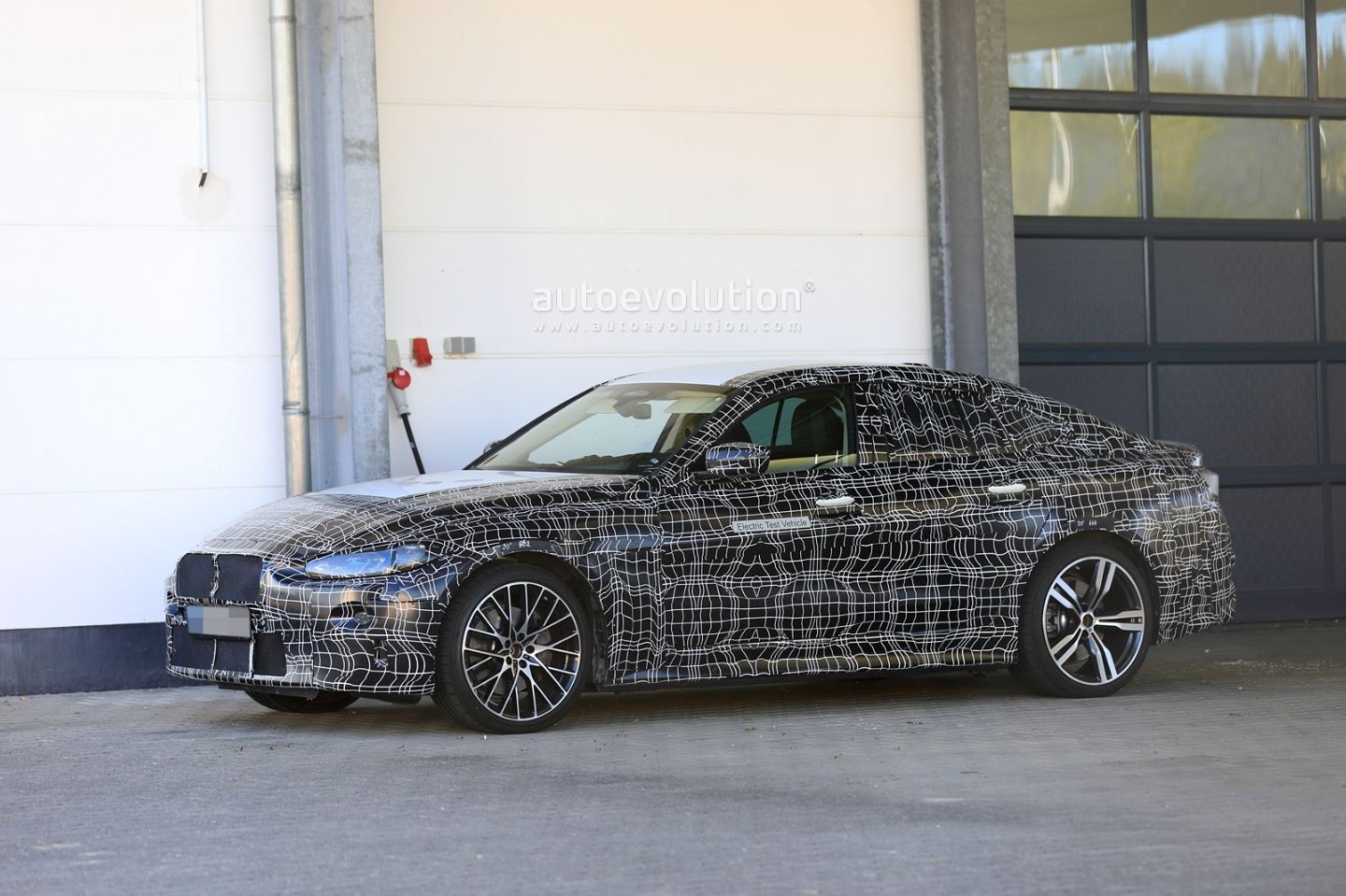 The BMW i4 sedan was recently caught in full camouflage attire. The spy shots have revealed, to an extent, what the electric sedan will look like in the near future. BMW had hinted at designing the i4 on the I Vision Dynamics Concept car but it seems that the upcoming sedan will share its looks with the 4-series Gran Coupe.

The BMW i4 has striking headlights with daytime running LEDs, similar to the M series BMWs. The German automaker has decided to keep the grille concealed. Every BMW gets the kidney-grille so not much is left to the imagination even though the grille is non-existent as of now. Whether the grille is big or small that will be known as we get closer to its release. 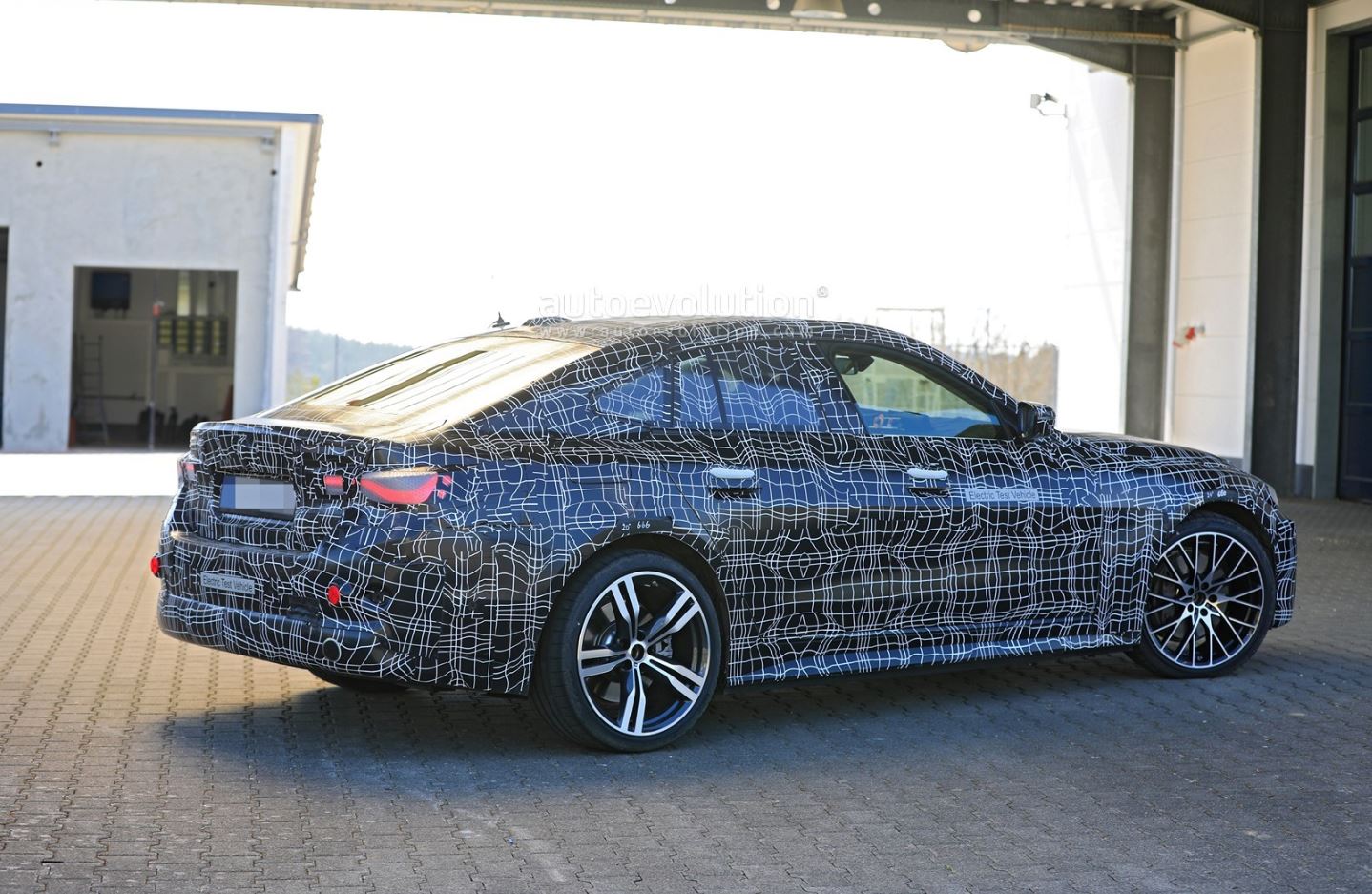 The i4’s design seems to have a mix of sporty aesthetics as well as a slight luxury aspect. The elegant roof drops down to meet the boot in the rear to give the car a coupe-type finish. The spy shots do not reveal the taillights so that is a surprise you would have to wait until the final release. No exhaust pipes are protruding out the back though and given that the i4 is an EV you should not be surprised.

Reports suggest that the BMW i4 will be based on BMW’s CLAR platform. This means that the car will have multiple variants. BMW will offer an 80 kWh battery that will produce an impressive 523 horsepower and an electric range of 373 miles. The i4 will be able to use its RWD or optional AWD system to accelerate from 0 to 60 mph in approximately 4 seconds with a top speed of about 124 mph. 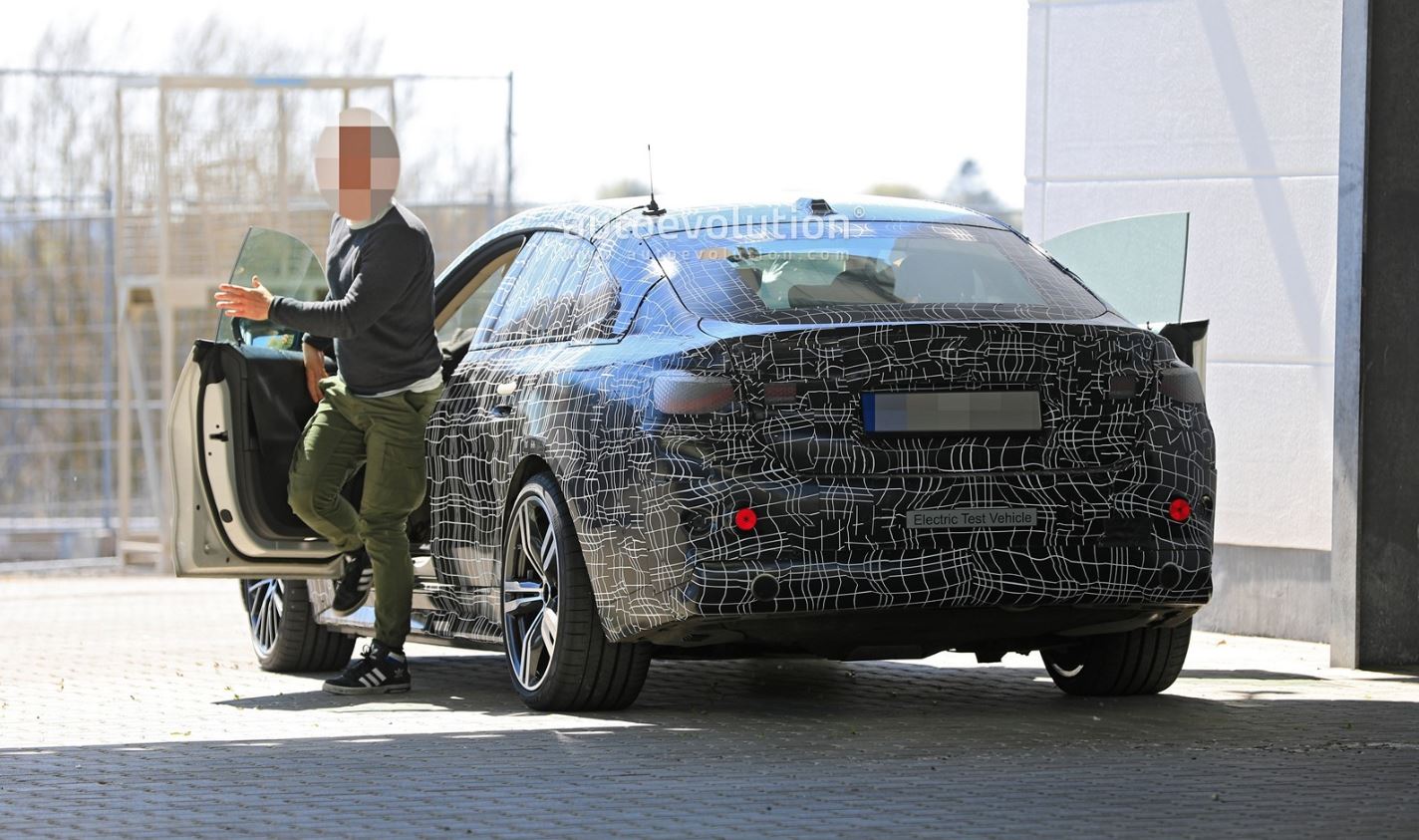 The 80kWh battery pack on the electric sedan will be able to reach 80% of its capacity in only 35 minutes using the fast charger provided by BMW. The truth of all these claims will be evident once the sedan is released. 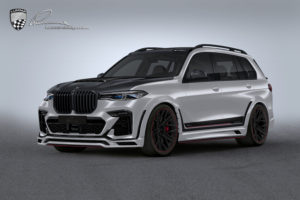 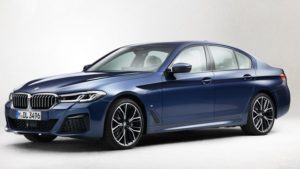