The Bavarian based carmaker BMW is on a full swing with its newest prototypes being tested out on different parts of Europe; following recent tests of the new 2019 Z4 M40i at Autodrome de Miramas in the South of France, the future BMW X3 M has been put to work at the famous Nurburgring track, in Germany.

Judging by the evidently stripped-off camouflage, these are perhaps the prototype`s final tests before a final debut, presuming at the 2018 Paris Motor Show, this September. To see the SUV`s stage of development, you can also access the spy video below.

From a visual standpoint, the hardcore model from the X3 series presents itself with an extremely aggressive body style, highlighted by a number of impressive M goodies. We are dealing here with updated front and rear bumpers, along with new side skirts and roof-mounted spoiler. The whole look is complemented with the now much larger alloy wheels.

From previous posts, we also know that the interior of the 2019 BMW X3 M is going to come with a lot of new improvements compared to the previous model. We are expecting more M goodies, better high-end materials and the company`s latest high-tech gadgetries, also underpinning other new models from BMW.

As for powertrains under the hood, word has it that the new X3 M will be equipped with a 3.0-liter turbo-charged inline six-cylinder engine, also known as the S58 pot, the same that is put on the 40i models. In the X3 M, the engine could come up with around 454 horsepower. This means that it would be around 99 horsepower more powerful than the M40i, with a sprint from standstill to 100 km/h done in 4.0 seconds. Without the M Driver`s Package, the top speed will stop at 250 km/h, or 280 km/h with the system installed.

You can find more details about the future 2018 BMW X3 M in the spy video below! Stay tuned and don’t forget to share your opinions with us! 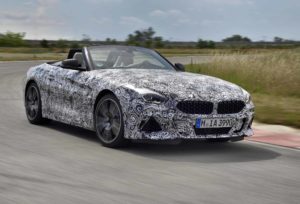 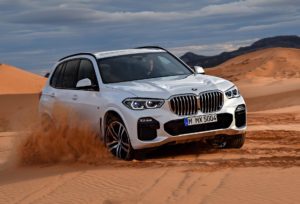