It is well-known that BMW decided to seize production of the current generation M3 starting this June, due to the new WLTP regulations; however the carmaker has already started testing out the upcoming M3 on the Ring, with the model eventually debuting next year at the Frankfurt Motor Show.

The famous Nurbrugring track is quite busy these days, with a lot of test mules carrying out different tests. The new 2020 BMW M3 is one of them and wraps heavy white and black camouflage all around, which means that it is in its early testing stage.

As we can depict from the spy photos, the 2020MY looks almost completely different than the current generation, bigger and wider and sporting a more aggressive design. Surely, we can observe the aggressive front fascia with now honeycomb inserts on the lower air intake. At the rear end, the test mule is wearing a four-tailpipe exhaust system and smaller spoiler for advanced aerodynamics.

Overall, the prototype features sportier suspension which reduces its ride height, while the lightweight wheels cover-up what seems to be high-performance brakes with cross-drilled discs that are glowing from their heavy usage on the track. Also, being wider, the wheel arches seem to be extended, while the side skirts are now looking more aggressive.

The car`s interior looks pretty much standard; however, it will definitely be improved with new high-tech gizmos, like new digital instrument cluster as well as the company`s up-to-date iDrive infotainment system.

As for powertrains under the hood, the new 2020 BMW M3 is likely to keep the same 3.0-liter twin-turbo inline six-cylinder engine, but with higher output than the current 425 horsepower and 550 Nm of torque. Rumors have it that it could have around 465 horsepower or even more. Performance will also be improved, thanks to the CLAR platform, which uses lightweight composites like carbon fiber or aluminum.

We expect updated information in the upcoming period. Meanwhile, take a look at the spy photos with the upcoming 2020 BMW M3 performing on the Ring! 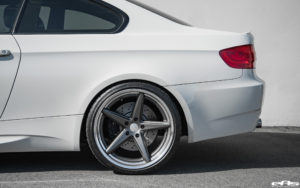 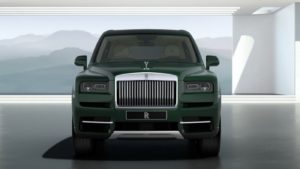