BMW is campaigning the gorgeous BMW i8 Protonic Frozen Black Edition just ahead its arrival at the 2017 Geneva Motor Show, alongside another hot version the Protonic Frozen Yellow, the model popping-up online in a splendid photo session.

Both special exterior colours will join the paint scheme range, which were officially presented almost three years ago, when the model was released on the market. These include the Java Green, Speed Yellow, Solar Orange, Twilight Purple Pearl, Frozen Black San Marino Blue, Grigio Telesto Pearl, and shortly followed by the special edition Protonic Blue and Protonic Red.

The exquisite model is standing out from the crowd with the Protonic Frozen Black Edition highlighted with Frozen Grey Metallic accents and some black trims on the bonnet and rear, all of them showcasing the car`s exquisite design lines.

The interior of the cabin welcomes you with anthracite-colored headliner, grey seat belts, ceramic accents, lettering with dark NESO seats with woven yellow, headrest with the i8 logo and so on.

In the engine department, the 2017 BMW i8 Protonic Frozen Black Edition will use the same high-performance plug-in hybrid drivetrain.

We are looking here at a I5 three-cylinder turbocharged TwinPower Turbo engine, developing 231 horsepower and sending the power to the rear axle. The conventional mill is coupled to an electric drive system which adds an extra 131 horsepower, all being sent to the front. 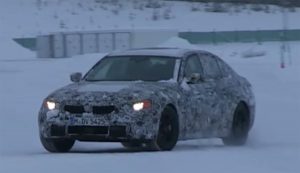 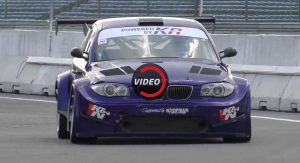