Ever since its first unveiling on the market in 2013, the gorgeous BMW M3 has been the delight of all BMW purists worldwide, and that thanks to its extraordinary design and advanced aerodynamics that allowed for impressive performance and torque.

And it was just about time the German carmaker added some new features to the newly unveiled BMW M3, which is actually a facelifted version of last year`s model. The new M3 will hit US dealerships this July, as a 2018 MY.

As we can depict from the pictures below, the 2018 BMW M3 facelifted is looking fresh with some new styling bits, which makes it even more attractive and appealing. Not to mention that mods have also increased the car`s aggressive stance.

For an untrained eye, the new 2018 M3 might look just about the same like the current model, but for a real connoisseur, the high-end sedan is more appealing with a much sportier front and rear end. At the front end, for instance, it has received new headlights and LED light bars which perfectly blend in with the kidney grille.

Inside, the cabin remains pretty much the same, the carmaker only adding the updated illuminated M3 logo on the driver`s and passenger seats.

In case you were wondering that the engine would also suffer any upgrades, then you`re in for a big disappointment, as BMW has left the pot intact. This means that we still have to enjoy, at least for the moment, the high-performance 3.0-liter twin-turbo straight-sic cylinder engine, with 425 horsepower, delivering a sprint from 0 to 100 km/h in just 4.3 seconds, when paired to a six-speed manual transmission. However, with the seven-speed dual-clutch, the same sprint is done in 4.1 seconds. 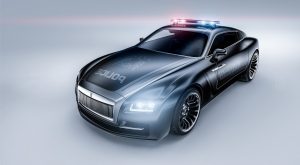