BMW carmaker released the first details and pictures with the all-new 2018 4-Series facelift about a week ago, the model ending up in the news again in a new media gallery and some fresh details.

As we can depict from the media gallery below, the 2018 4-Series looks visibly changed in terms of design, and even if it keeps the overall style of the previous model, it does come with plenty of new tweaks, which makes it more aggressive and appealing.

The list of new mods include the interior as well. The cabin of the 4-Series lineup first includes a serious of new touches on the air outlets, control panels in the doors, adding the same high-gloss black trims on the center console.

There is also a mixture of Midnight Blue Dakota, Cognac Dakota and Ivory White Dakota leathers, along with Carbon Aluminum trim surrounding the entire area.

Mechanically, the all-new 2018 BMW 4-Series lineup is also equipped with an upgraded suspension with damping technology, adding improved steering setup as well, all improving the models` stability and driving capabilities.

In the engine department, there are two gasoline engines that have now been upgraded – the 431i with 248 horsepower as well as the 440i with 320 horsepower, both coming with an xDrive all-wheel drive system. 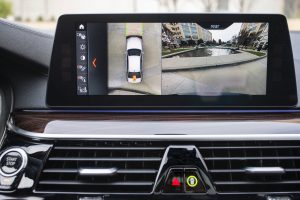 Next post 2018 BMW M3 Facelift Hits US Dealerships This July