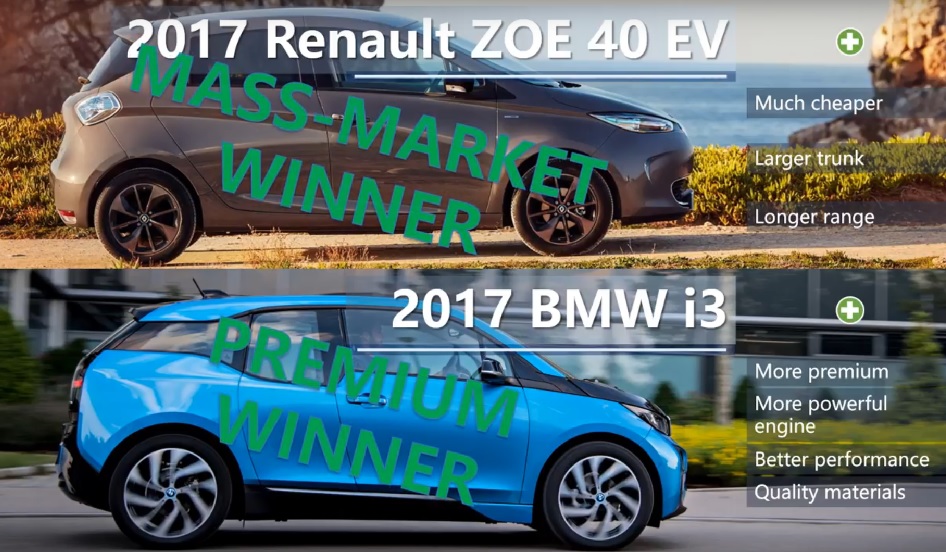 Right now, the electric car segment is officially dominated by three models – the gorgeous BMW i3, the hot-looking Chevy Bolt and the daring Renault ZOE, all cars coming with exceptional performance abilities and impressive mile range.

Below we will find out which one is the most profitable to be bought in 2017. World Auto Evolution has recently released three videos that perfectly describe the cars` main highlights, like performance figures, fuel-efficiency and CO3 emissions.

Starting with the gorgeous BMW i3, the model has dominated the electric market for quite some time now, but it seems that its supremacy is facing hard times. Even so, it still remains one of the most appreciated and valued electric vehicles.

The comparison between the BMW i3 and the Chevy Bolt turns the latter one into a much more appealing and appreciated model, and that because the Bolt comes today with more power and torque – 200 horsepower and 266 lb-ft of torque, adding as well a total of 310 mile range, achieved via a powerful 50 kWh lithium-ion battery pack. Also, the Chevrolet Bolt is less expensive than the BMW i3.

On the other hand, the i3 was also put together along the Renault ZOE, which come with rather similar sizes, with the i3 being more practical when it comes to wider cargo space at the back. However, the ZOE also seems to come with a wider 41 kWh battery than the i3`s 33 kWh, which also translates through more mile range. We are looking here at the ZOE`s 250 miles, compared to the i3`s total of 190 miles.

So, judging by these realistic comparisons, it seems that the BMW i3 falls behind two relatively new electric concepts on the market – the revised Chevy Bolt and the newly arrived Renault ZOE. Push the play buttons for a more in-depth analysis! 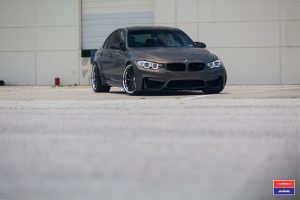