The official successor of the hot BMW Z4, the future Z5 Roadster has been seen spotted in new tests at the Arctic Circle, the model now coming with less camouflage around the body, which clearly indicates that it is closer and closer to the final production version.

BMW German carmaker is busy testing out different prototypes that will surface starting the end of 2017 with the famous “duo”, the all-new Z5 Roadster and the upcoming Toyota Supra Coupe, both hitting the production line in Graz, Austria.

As we can depict from the spy photographs, the test mule is slowly but surely taking its final shape, the model looking more advanced in terms of aerodynamics, yet still coming with an overall design which resembles the former Z4.

Speaking about new styling details however, the future BMW Z5 Roadster will be more appealing, adopting a more imposing attitude. The car`s main highlights refer to the new black rivets which for the moment remain hidden, adding the quarter panels and the doors, all coming with some slight changes as well. The rear end is also hiding modified taillights yet adds a third brake light on the now smaller trunck lid. Chances are that other changes might occur on the way as well.

As far as the interior goes, even if we do not have any official images, the cabin is definitely going to be tweaked with the same high-tech gizmos, just like other “new kids from the block”, meaning the latest technology, up-to-date infotainment system and sporty features that would separate it from the rest of the new BMW models.

Concerning news of a hardcore M version, the rumor mill hasn’t still confirmed such planning, but even so, both the Z5 Roadster and the new Toyota Supra will be extremely appreciated in terms of performance. Speaking about performance, we will be back with the latest information concerning the engine range that will fit underneath the Roadster. 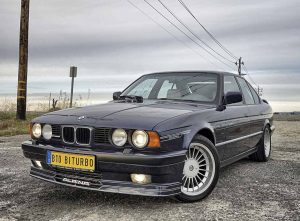 Previous post 1990 Alpina B10 Bi-Turbo Is Up for Grabs 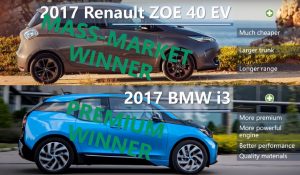 Next post Which Is the Best Electric Car to Buy in 2017? BMW i3 vs. Chevy Bolt vs. Renault ZOE