Ever since arriving on the market a couple of months ago, the all-new G30 2017 BMW 5-Series in all its forms has been long presented and debated. However, there was a particular model that hasn’t received the best appreciation and that would be the all-new 2018 M550i xDrive, presented with lots of admiration and good thoughts.

For those who haven’t had the chance of hearing about the gorgeous M550i xDrive are now having the chance of seeing it in full action, with a muscular design, exquisite interior and a potent engine under the hood.

As we already know from the carmaker`s announcement about a month ago, the future M550i xDrive is the hardcore version from the 5-Series, now being equipped with an infusion of M Performance Parts, both outside as well as inside.

One can depict the new kidney grille frame, M Performance accents on the front air intake, two Air Breathers on the front fenders, finished in Cerium Grey metallic, adding as well bespoke mirror caps at the exterior, trunk lid, high-gloss Shadow Line trim on the windows, black chrome tailpipes and so on.

All these ads the latest safety features, such as the Active Driving Assistant Plus, Evasion Aid, Active Lane Keeping Assistant, as well at the Active Cruise Control (ACC) with Stop & Go feature. Under the hood, the all-new 2018 BMW M550i xDrive adds a powerful 4.0-liter twin-turbo with 456 horsepower and 480 lb-ft of torque, allowing an acceleration from 0 to 100 km/h in a mind-blowing 3.9 seconds. 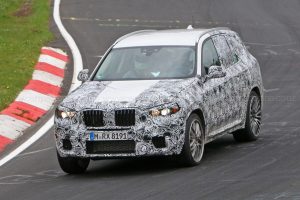 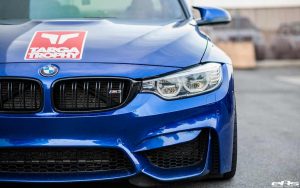